Round 7: Captains & Streamers - The Keeper League 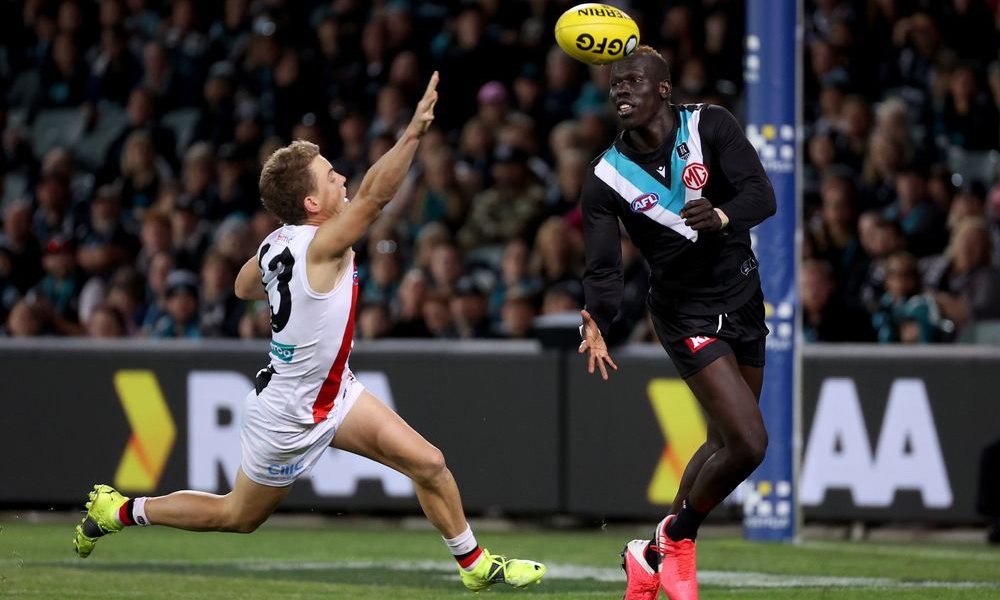 Jack Ziebell probably has the most AFL Fantasy friendly role in the AFL at the moment. He plays defence, taking kick-ins with a team that allows a lot of shots on goal. Melbourne have been inaccurate in front of goal, so expect Ziebell to carry on his good form.

Clayton Oliver makes the article again this week, with a match up against North Melbourne he is a lock to score. He averages 107 against them, with a score of 132 the last time they played.

Christian Petracca is a red-hot fancy for the Brownlow Medal, as well as number one AFL Fantasy scorer in 2021. He is currently averaging 115, and scored 136 on North in 2020, so I expect him get close to that again.

Sam Docherty is currently averaging 103 and coming off the back of a score of 126 in Round 6. He averages 97 against Essendon and at the MCG.  He has been taking a majority of kick-ins for Carlton and likes to play-on. An added sweetener, the last time these two teams played he scored 138.

Jack Macrae is coming off a score of 159, this week he comes up against Richmond who do give up fantasy points. He averages 117 against the Tigers, with a score of 142 in their last match up.

Brodie Grundy is currently averaging 119 and comes up against a Gold Cost team who still don’t have a premier ruck option.

Marcus Bontempelli is still getting his fair share of CBA’s and this could increase with the departure of Josh Dunkley. He averages 112 against Richmond and is averaging a respectable 102 this season.

Touk Miller is attending nearly every centre bounce for Gold Coast and is currently averaging 111 points. Playing an injury-ravaged Collingwood in the second game of the round makes him the ideal loop option.

Liam Baker iscoming off a season high score of 105 and this week comes up against the Bulldogs on Friday night. He averages 84 against them and owners will be hoping he can repeat his efforts of Round 6.

Will Powell is a player we all thought could have had a real breakout season in 2021. He has the right role and match up this week. The last time he played Collingwood he scored 105 and has been averaging 74 from his last three games.

Bailey Fritsch has been a great streamer over the last couple of seasons. This week he comes up against North Melbourne who give up a lot of goals to the opposition.  He averages 70 against North and scored 91 the last time they met.

Aliir Aliir has been racking up the intercept marks for Port Adelaide. Port’s midfield pressure results in a lot of dump kicks into their defensive 50. He is coming off a 104, has a three-round average of 85 and scored 80 on the Lions last time they met.

Jackson Nelson has been getting run with roles in recent weeks, but with McGovern missing and Hurn still no certainty to play, I expect him to return to a defensive post. This week he plays Fremantle who consistently gives up points to defenders.