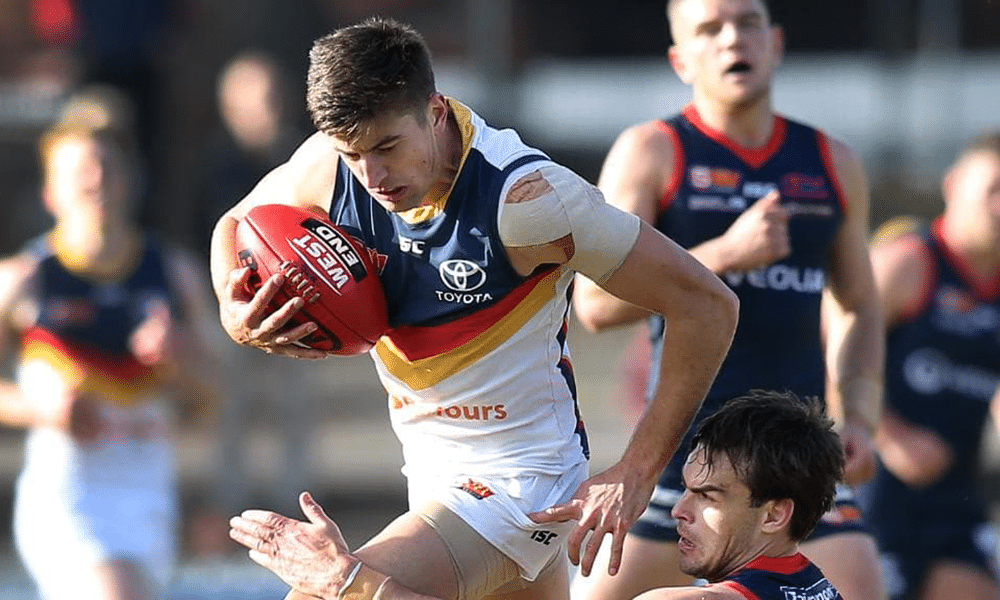 State league fantasy scores give us a good idea of how fringe players perform from a fantasy perspective. We can use this information to identify up and coming fantasy stars to draft in our keeper leagues. Last year, we identified Jordan Dawson as an up and coming fantasy player going by his NEAFL numbers. Tom Mitchell’s fantasy numbers at the state level were immense. Despite not being best 22 at the time, he is now one of the best fantasy performers. Obviously there some players won’t play the same role in AFL, or won’t get a game ahead of other players. I will try not to talk about those players. In this article, we will take a look at SANFL fantasy scores of 2019 that are likely to be relevant to our keeper league drafts next year.

Upon first look at the SANFL fantasy scores for 2019, you’ll see a few misleading numbers. The top three averages in the competition came from players who only played one game each. Tom Rockliff (209), Justin Westhoff (161) and Sam Gray (140) all had monster averages, but again, only played one game apiece.

If we dig a little bit deeper, we will find a few players that could be relevant to our keeper leagues. The one that probably stands out the most is Patrick Wilson. Wilson averaged 114 in the SANFL in 2019, including high scores of 165, 159 and 153. He has notched up two AFL games, scoring 51 and 59 respectively. In his one game for 2019, he only managed 67% time on ground. But the positive sign was the Crows weren’t afraid to throw him in the midfield. With Cam Ellis-Yolmen and Hugh Greenwood leaving the Crows, Wilson moves up the depth chart and might see more action in 2020.

For Port Adelaide, Willem Drew put up some impressive numbers throughout the season. He averaged 109 fantasy points at SANFL level in 2019. Drew received a good number of opportunities at the senior level in 2019, and suggested he wasn’t going to set the fantasy world on fire. Not until some of Port Adelaide’s senior mids drop off anyway. Some players that did show some signs at senior level were Jarrod Lienert and Peter Ladhams. Both of these guys showed good fantasy game at SANFL level, averaging 89 and 97 respectively. Both should see more opportunities next season with players competing for the same positions leaving the club in Dougal Howard and Paddy Ryder.

Another interesting take is Will Snelling‘s numbers from SANFL level. Snelling was picked up by Essendon in the mid-season draft and played four AFL games last season. His average in the SANFL was 128 and he notched up a 93 against Port Adelaide at AFL level in round 20. This shows he’s capable of scoring at senior level. Furthermore, Snelling signed a contract extension with Essendon this week.

Gain access to the full table by becoming a member. Members can view the full list here.