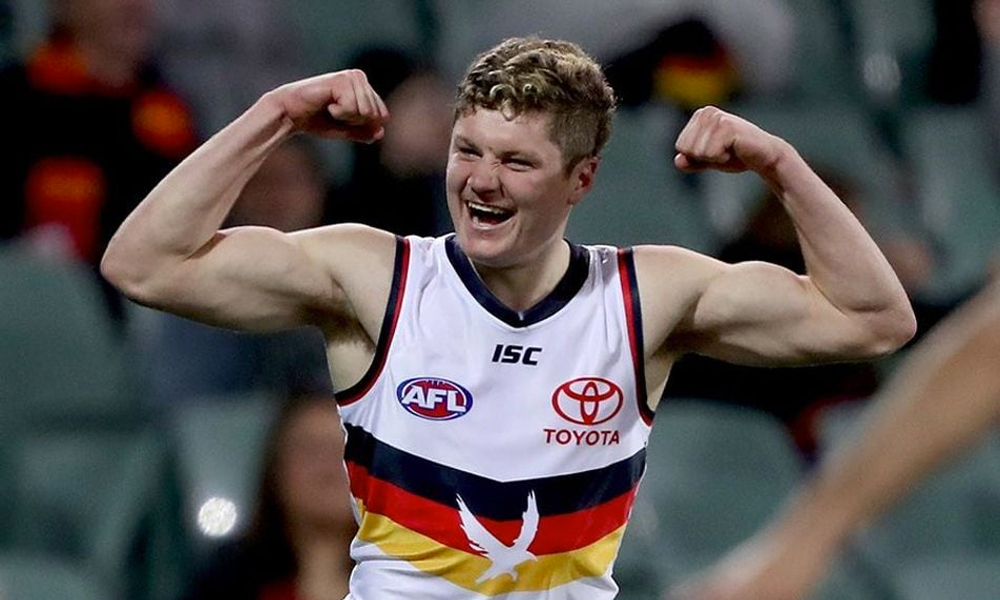 The team analysis articles are back for another year!

First up, we’ll take a look at who we’ve discovered from Adelaide.

Rory Sloane comes ‘Back to the Pod’ this year, which is a first for him – Welcome Rory!

It’s obvious Sloane had a down year in 2020. He was in and out with injury and his AFL Fantasy average reflected this. He only averaged 60.8 last season, which was a BCV of 75.7.

He started 2020 with a score of 78 which isn’t bad considering the shortened game time last year, but there was nothing of note after that.

Then the injuries struck and he just couldn’t get a run on for the remainder of the season.

Looking at his AFL Fantasy history, his lowest average over the past 5 years was 90 points per game. This period included averages of 107 in 2017, and 106 in 2016. We feel like he’s too good to not bounce back.

In terms of his value, he is going to be rated on the lower side, so you might be able to get him cheaper than usual in a trade, depending on the status of the team that owns him.

If you can get him cheap, jump on it.

Kaes is super excited for Hately this year. And if you’ve seen the pre-season pictures of him in training for the Crows, you will be too.

Last year was an up and down season for Hately. His first game of the year came in round 3 against Western Bulldogs where he scored 80 AFL Fantasy points, but it was all downhill from here. He could only manage another 7 games for the year in that GWS line-up and averaged 57.8.

But things are looking up after moving to the Crows in the offseason. He already looks like the replacement for Brad Crouch in the Crows midfield after his departure to St Kilda.

We’ve seen glimpses of Hately being a genuine fantasy scorer, and believe 2020 is his time.

He is one of the genuine breakout contenders of 2020 – get on board!

This guy was a big breakout contender last season.

But unfortunately injuries got in the way.

He could only manage two games in 2020 before needing season ending foot surgery. Of these two games, he scord 63 in the first which equates to a 78.5 BCV. This had many coaches optimistic, but he could only muster up 40 points in his second game before going in for surgery.

The big question is can he bounce back?

Let’s assume that his foot has fully recovered an he is ready to go in 2021, but the question still remains over his role for the Crows. He has had stints in defence and was being used up forward more recently, despite talks of him moving to the midfield which never really eventuated.

If he can play in defense in full time and then eventually push up to a wing, I think he’ll be reliable as a fantasy scorer. My concern is that the Crows want to play him as a forward where I think he’ll be less productive from a fantasy point of voew.

That said, he has loads of potential and is one to track closely throughout the preseason.

I’m a big fan of this kid – we’ve been following him for a while due to some decent fantasy numbers he put up in the SANFL a couple years ago.

In 2019 he averaged 71.8 for the Crows Reserves side, which is quite a good return for a skinny kid playing against mature bodies.

He made his AFL debut in round 10 last season against Melbourne, playing across half-back.

Sholl started slow, with his top score only reaching 57 from his first 6 games. But to finish off the season, Matthew Nicks moved him onto a wing here he went bang.

In the last two games of the season, he put up AFL Fantasy numbers of 72 and 89 to finish off the year nice and strong.

Where he plays this year will be interesting, but with McPherson and Hamill competing for spots in the defense, along with Milera returning, I believe he holds a spot on the wing.

I’m confident he becomes a good fantasy scorer in keeper leagues, maybe not straight away, but there’s definitely potential here.

McPherson is a player that’s always been around the mark but couldn’t get the body right. But this changed in 2020 after making his AFL debut after three years in the system.

The Crows have always regarded him highly and he did impress last year from his 9 games. Averaging 46 (58 BCV) last year, he proved he can play with a 19 disposal game against Essendon where scored 69 AFL Fantasy points.

As mentioned above, there’s a lot of competition for spots at Adelaide, especially in the defence. However, he did win the Mark Bickley Emerging Talent Award last year for the Crows, so they must rate him highly internally.

If he holds his spot in the side and becomes a regular contributor in 2021, he could be a handy bench option with the ability to grow into a consistent defender over time.

He looks like he plays a game suited to fantasy but needs to find more of the footy.

Schoenberg is a player that shows a bit of potential.

He put up good SANFL numbers in his draft year playing SANFL Reserves, and also averaged 99 in the 2019 Under 18 Championships representing South Australia.

Although his fantasy numbers aren’t great in his first season of AFL, he has the attributes and is built like a player that could have an impact at the top level.

He averaged 41.2 last year which is quite underwhelming but had a big score of 82 (102 BCV) in round 17 which has the AFL Fantasy world talking.

He is probably a player that needed a reserves competition to play in last season to further his development in 2020. He’ll get that this year, so hopefully he can improve on his floor and put up more respectable scores going forward.

If you own him currently, he’s a player I’d be putting back into the pool hoping to re-draft in a couple of years time.

He is listed as a forward though, so he may be worth keeping as a smokey and seeing if he gets more midfield time in 2021. But I’d only be doing that if I were desperate for a forward in my team.