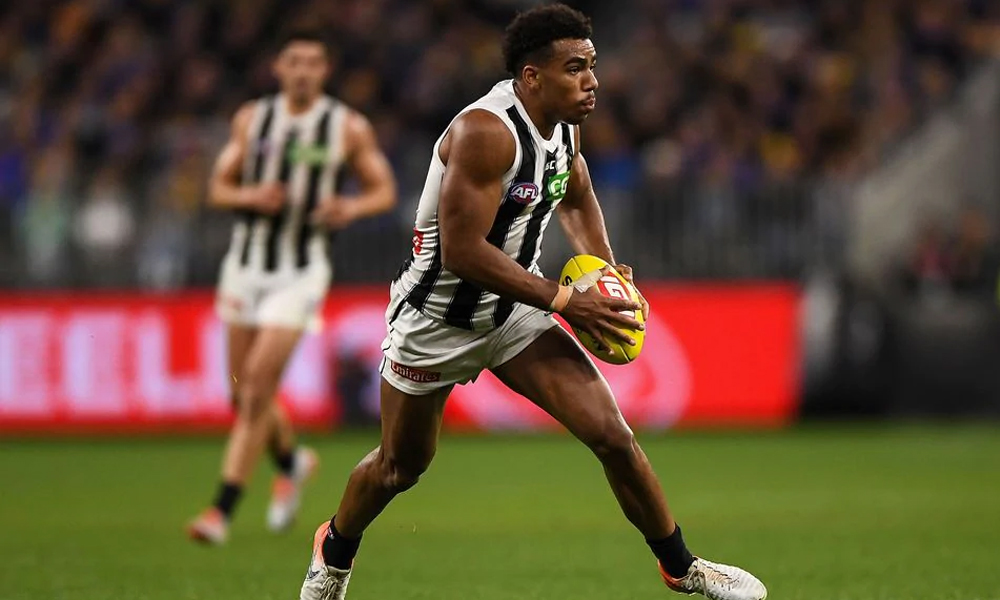 There are a few holes to fill in Collingwood’s side due to departures in the off-season Hopefully they are filled by players that could make an impact on our keeper league teams.

Here are some players we think are worth looking at for Collingwood.

He had a slow start to the season but he put up some great numbers towards the end of the year. In Round 9, he put up a huge score of 96 AFL Fantasy points against the Dockers, and went on to average 68 (85 BCV) for the remainder of the season.

We dare say he’d be snapped up already in leagues, given that we did spruik him a bit last year.

If he is available in your league, draft him with confidence.

Welcome back to the podcast Jordan!

When he’s at his best, he’s brilliant. He’s put up thirteen scores of 100+ in his past five seasons which is no mean feat. He’s also a genuine forward too and should keep forward status for years to come, so he provides stability to your side.

There’s a slight chance that he could get some extra midfield time in 2021. Treloar and Phillips left, and Sidebottom and Pendlebury are getting on in age, so there could be opportunities. However, Collingwood seems to have a raft of players already in line to replace these guys but we still wouldn’t rule it out.

De Goey is a frustrating player to own as his best performances are often few and far between. There’s also the fact he rarely plays a full season, often missing games through injuries, suspensions and off-field incidents.

At his best, he has the potential to be one of the top fantasy forwards in the game. Let’s hope he reaches that potential.

This guy has had a good start to his career.

Looking at the Breakout Tracker, he’s averaging ahead of the top 10 defenders in the early stages of his career, which is encouraging.

The concern on 2021 is that Jeremy Howe will return at some stage, although he still hasn’t returned to training yet. Even if Howe does return and impact his scoring this year, Quaynor looks like he could be a long term fantasy player in yoir side.

Sier gets brought up on our podcast a lot, but doesn’t give too much back.

He’s played 21 games in three seasons, which is really disappointing for a player with so much talent. Especially when you look back at his performances in the 2018 finals series where he looked like he would become the next big thing.

We believe 2021 is a make or break year for Sier. If he doesn’t get it together now, he never will. This year Collingwood are without Adam Treloar, Tom Phillips, and Rupert Wills (a similar type player who would often get selected ahead of him).

You’d assume he’d jump straight into a midfield role now, but the concern is the younger players seem to be ahead of him in the pecking order. Daicos is now a star and Tyler Brown fits the mould of an inside player who could step into the midfield.

If he’s in Collingwood’s best 22, he should score well in AFL Fantasy. Going back to 2018, his PPM numbers were very high. He averaged 75 points from 66% time on ground throughout this season, so if he’s built the tank up since then we should be expecting averages in the mid-80s at least.

A knock on his game is that he seems to prefer the handball, which is common for inside mids, but the upside is his tackling is an area in which he puts up good numbers.

He’s worth picking up or holding in keeper leagues this season, but try not to be too disappointed if he doesn’t deliver… you should be used to it by now anyway.

Brown is a big chance to step up this year.

The Magpies clearly rate him as he was given opportinities last season. He was serviceable without setting the world on fire. However, he only averaged 38 AFL Fantasy points last season.

With midfielders we have mentioned gone, he could see more opportunity in the Collingwood midfield. His natural game is playing an inside midfield role, but he was used on the wing a bit last season, showing that he has a good balance between the two styles of play. This is usually a good sign in terms of fantasy.

If he gets similar opportunity, we could see big improvements.

I would be drafting him in the middle stages of the draft to see where his potential takes him.

He was one of the more disappointing performers from a fantasy perspective last year, given how much we pumped him up in the pre-season.

Last season he dropped his average by approximately 8 points per game, from an average of 65 to 57. This probably came down to the fact he never got the run in the midfield that we were expecting.

He spent the season playing as a pressure forward and only managed 6 goals for the year.

His top score of 2020 was 73 points (91 BCV) against Brisbane in Round 2. But after this performance, there weren’t too many other standouts. He failed to score more than 50 points in 10 of his 14 games last year.

We feel like the rise of Josh Daicos probably affected his potential to move into the midfield and improve his scoring, but also his brother Tyler was given more opportunities in the guts. This tells me that he’ll be more likely to line up in the forward line long-term.

The positive is that he should keep forward status for some time and we think he’s in Collingwood’s best 22, so he’ll score points for you every week.

In terms of him being a keeper, I would be throwing him back. He’s been injured throughout the pre-season which doesn’t help, but I can’t see him getting a fantasy-friendly role either.

Draft him late of you think he has what it takes to be a good fantasy scorer.

Take a listen to our latest podcast: Pre-season 2021: Collingwood, Essendon and Fremantle