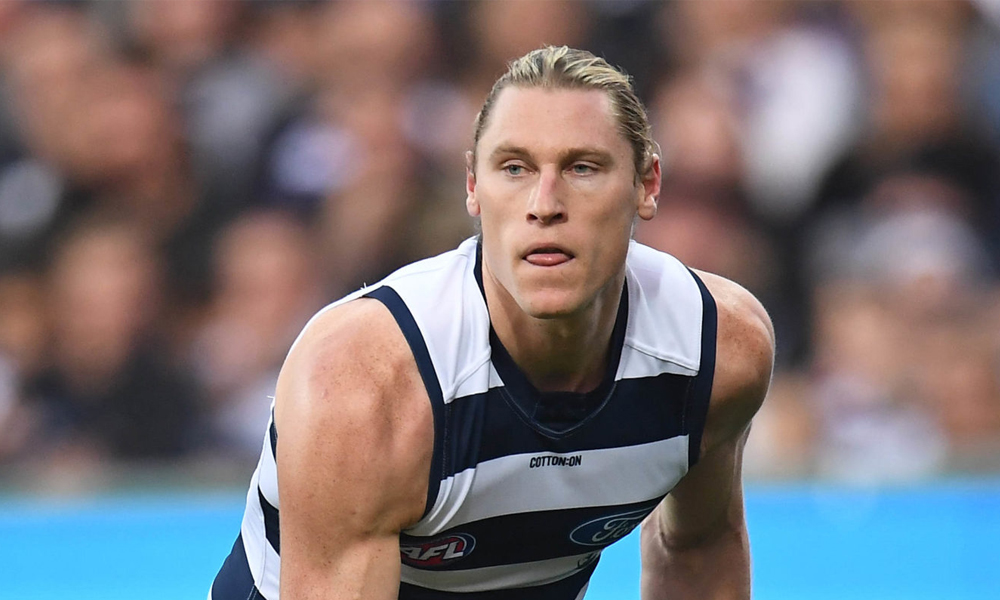 The Cats can be a frustrating team to follow fantasy-wise. Which guys do we think will help or hinder your sides in 2021?

Keep on reading to find out what Kaes thinks!

The much fantasy hyped Cat only added two games to his tally last season.

He had a 58 against the Eagles the next week and was then dropped.

There are questions around his aerobic capacity and with all the gun midfielders in the Cats side, it’s tough to see him getting a game ahead of them.

We know the Cats don’t hand out games to kids easily at all and it’s tough to see him getting too many more games again unless there are a lot of injuries.

It seems if you’re a Constable owner you have blind faith in him but unless he really fires in the one Pre Season game, it might be time to put him back in the pool.

Probably one of the more boring players to talk about from a fantasy perspective but one that can provide you with some real safety, especially for you flag hunters.

Blitz bounced back to a 75 average in 2020 after a couple lean years and as a defender that’s more than handy!

He actually had 3 BCV tonnes last season and after a couple quiet years looks to be on a return to some fantasy relevance.

The other thing that may help him further in 2021 is that he’s super fit and less interchanges, probably mean he’ll be out on the ground longer.

But one negative in 2021 is there is Harry Taylor. This could mean Blitz is going to have to play more of a lockdown role as it’s really only him and Lachie Henderson back there.

In a nutshell, he’s great cover or D4-5 in your side and at 29yo, he’s easy to nab mid to late in your draft with no real stress.

There was a lot of hype around Simpson last season which usually does happen if you score 102 in your first game for the year.

Simpson got his chance in the midfield as a result of a heap of injuries to the Cats prime movers.

However after that one big game, he didn’t manage a score higher than 66 after that.

2020 was Simpson’s fourth year in the system and if you look back, his previous efforts were well below par.

We know he can obviously accumulate big scores but I think that tonne may be a bit of a flash in the pan, especially while the Cat’s midfield continues to be quite strong.

Potentially goes earlier in drafts than he probably should, so let those people draft him. If he slides late then he is worth a go.

One of the crimes of 2020 could end up helping coaches secure one of the bargain pickups of 2021.

I can’t believe the Cats didn’t give Clark much of a go last year only playing 3 games after his 18 in 2019.

There were rumours that he wasn’t as fit as he could have been but come on. The kid is a star.

The Cats pace was exposed in the Grand Final and annoyingly for Clark it’s seen Issac Smith arrive but I still think Clark gets a proper crack this year.

I’m super keen on his chances to score big this year, he just needs the opportunity.

One thing I do love is that he gets his defender status back too which is very handy.

I’d be holding as an owner and targeting if you’re not. He’s a jet.

2020 was a really bad year for Jeremy Cameron.

This output was from the same guy who averaged 87.5 and 76 goals on his way to a Coleman Medal.

There was a good reason for this though. GWS were a shadow of their former selves and he just wasn’t getting the supply he did the year before.

Their inside 50’s were simply horrendous – ranked 16th in the comp. Only Crows and Fremantle were worse. That is damning.

Things could be a lot rosier in 2021 though. He arrives at the Cats who averaged the 5th most inside 50’s in 2020 so we could see a return to his Coleman ways.

He will have to share the Forward 50 with big Tomahawk but he’s used to doing that at the Giants, plus Big Tom is probably on the way out and Jezza should be the main man.

I’m tipping him to bounce back and looks set for a big 2021. Hold for sure.

I’m old enough to remember the days when Dahlhaus was a premium forward.

Those days are long gone.

It was always predicted that arriving at the Cats would kill his fantasy output and that has been proven correct over the last couple seasons.

On the plus side, he has a pretty high floor but we just don’t see the big numbers we used to.

Once again, he’s a solid F3-5 in a year forwards are scarce but I’d be hunting someone who might be able to notch up some bigger numbers or a youngster who has a chance to breakout in the future.

Another guy who has probably hurt by the arrivals of Smith and Higgins.

Atkins is a handball and tackling machine but that’s probably it.

He was a solid VFL player before landing in the AFL as a mature age player in 2019.

Think Michael Gibbons but probably not as good and with less opportunity.

Atkins will have his occasional good game if he’s in the side thanks to his ability to find ball and tackle but will be more than likely be crucified by a tagging or defensive forward role.

One to take late but don’t get too excited.