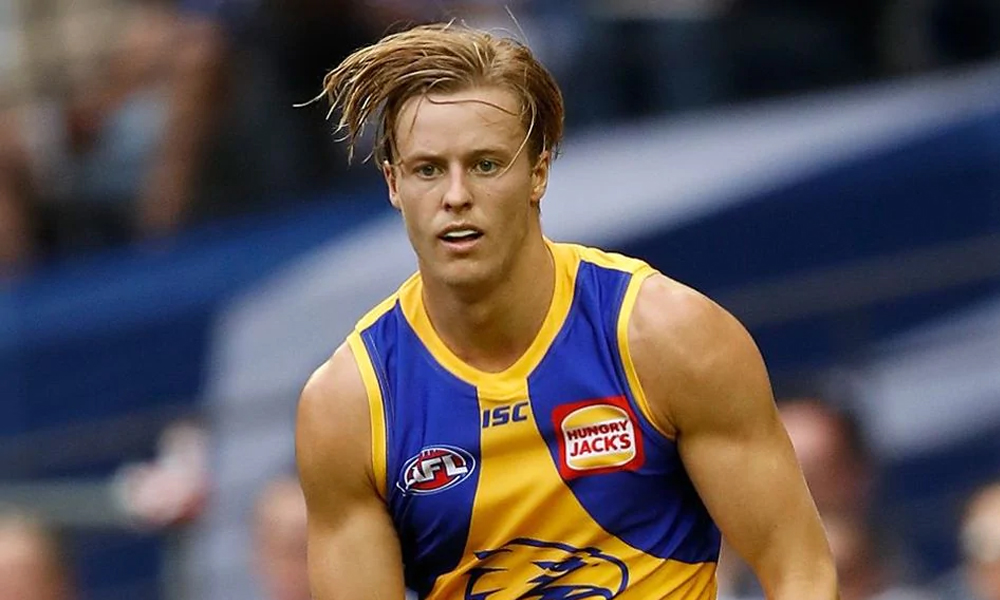 The experienced Eagles side is always a tough one to crack but there are a few up and coming youngsters who could well make their mark in 2021.

The defender is coming off a career best 2020 but comes into 2021 with some mixed news.

Let’s start off with the negative. It’s the arrival of Alex Witherden. While I’m still not convinced Witherden will get first crack at a half back flank spot, his arrival will put a lot of pressure on the boys in the Eagles backline.

The good news for Nelson is that Elliot Yeo is injured, which should see my boy Liam Duggan get a go in the guts. This mean Nelson gets a nice attacking half back role.

Now taking in all of the above. If Duggan was in the mids and Witherden hadn’t arrived then I’d be super hot on Nelson this year.

There’s just a small bit of doubt in my head that he’ll improve on last year with Witherden around but I’m still keen on his prospects regardless.

You have Hurn and Sheppard heading towards the end of their careers, so there will be long term spots up for grabs in their backline.

To me that shows the Eagles are more than happy to have the ball in his hands coming out of defence.

Turns 24 this year and has upside for sure. He should be around in a lot of drafts and at worst will be a great D4-5 with the chance of becoming a D3.

The versatile taller forward has now played three seasons of AFL and averaged 55, 62 and 65.

He’s a player who’s improved every year and at times has been used as a utility occasionally on a wing or even in defence.

He has a big chance to settle up forward once Kennedy retires and has shown he can score in the past.

Managed a top score of 85 last year against Fremantle but also had a few games under 40 as well.

Until the Eagles line settles a bit, he’s a guy that can probably only used as a streamer as there isn’t the consistent role in their side.

Has plenty of ability but might be one to try and stash for 2021.

Like all small forwards you will have a rollercoaster ride at times but I really like that he put in a consistent chunk of good late in the season.

I think there is some upside with Ryan. He’s only 24 and if he can evolve into that high roaming forward, which is usually a higher scoring role, then there is something there.

At the moment, he’s not a player you want to bank on week to week but as a streamer or bench cover he’s more than handy in your side.

He’s one I’m keen to watch in AAMI series and and hopefully his his late season form has continued into 2021.

He’s another versatile player, who is capable of playing both forward and back.

As he’s a taller kind of guy, he gets stuck in the key defender or forward posts at times which effects his scoring output. When he doesn’t have to ‘play tall’ his scoring is very good.

He hit a purple patch between Rounds 11 and 15, averaging 64 (80 BCV) and this corresponded when McGovern was fit and firing which freed up Rotham to play a more fantasy friendly role.

He’s another guy to draft as a streaming option and feel confident in starting him when he looks likely to play a free running fantasy friendly game.

The big guy started 2020 in hot form but cooled down a touch towards the back end of the season.

He looks like he’s going to be a star and it’ll be interesting to see the make up of the Eagles forward line again this year. He’s been playing the 3rd key role behind Darling and Kennedy but if it’s the latter’s last year, Allen could be a big bloomer in 2021.

He kicked 16 goals which is a pretty good return in your 3rd year of footy as a tall forward.

He’s another of these young key forwards who are kind of flying under the fantasy radar. People are writing them off as their scores may not have been huge but they are actually playing, where once upon a time they would have been stuck in the reserves.

While h’s a key forward, in their current lineup he should be good for 10+ hitouts which is a nice little scoring addition to anything he can do up forward.

Mid draft play for me and a handy ruck cover for those coaches using Ultimate Footy.

The former first round draft pick was drafted as a tall forward but played on a wing last season.

Averaged 55 (69BCV) from his first four games then was dropped.

He came back late in the season but looked lost playing on the wing.

He’s a player who looks most comfortably up forward but needs to compete with players like Kennedy, Darling, Allen and Waterman.

He’s comfortably behind the four mentioned above but could be more useful once Kennedy retires.

He was one of last years ‘Salary Cap Hype Boys’ but can’t see him being very useful in draft formats, especially in the next few years. Don’t get sucked in.