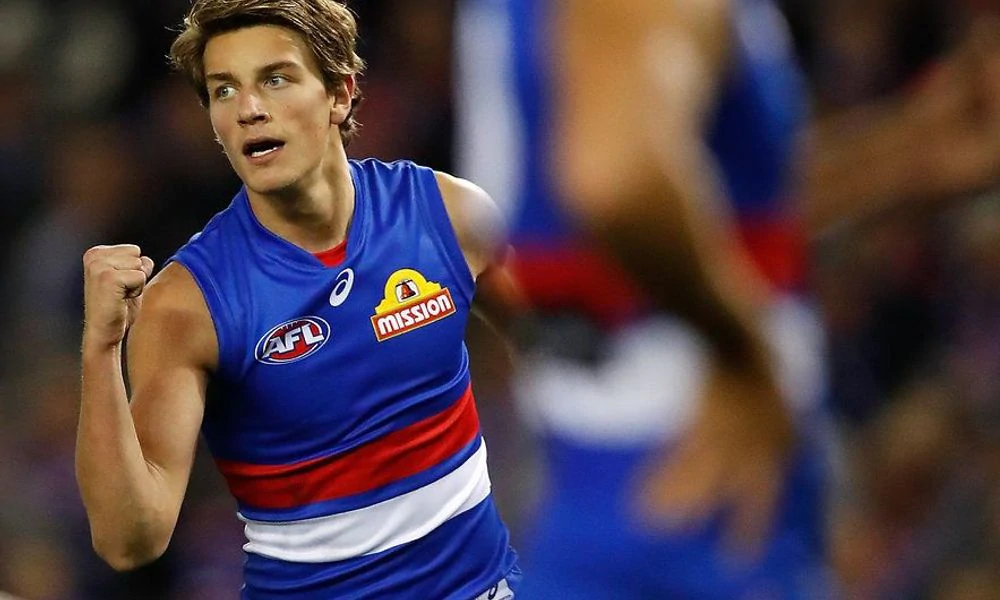 Rounding out our team analysis articles are the Western Bulldogs.

The Bulldogs have put together a superstar line up, particularly in the midfield which features a lot of #2G4P players.

But hopefully, we can find you some underrated gems for your keeper league teams.

After making his debut in 2020, Louis Butler is coming into his second year at AFL level.

He played two games in his debut year for an average of 50.5 (63 BCV). From these two games, he had scores of 43 and 58, which isn’t a bad return for a kid in the early stages of his career.

What we like about Butler is he plays the right type of role to be a good fantasy scorer. He was one of the best ball-winning defenders in the NAB League throughout his draft year. In fact, he was one of the top 5 defenders for disposals and uncontested possessions from his draft class. He also put up similar numbers at the 2019 Under 18 Championships too.

Looking at his fantasy numbers from those competitions, he averaged 60 in the NAB League and 77 at the Under 18 Championships. The issue with his game is he doesn’t take many marks so that ultimately hinders his fantasy output. He also doesn’t have the most effective kick either, so he will rely on quantity over quality, which could hurt his chances at a spot in the Bulldog’s best 22.

So in regards to his place in the side, I think he’ll struggle this season to get a game, as there are still a few running defenders ahead of him. However, he might be one to stash for the future if you can get him in the draft.

Once upon a time, this guy held #YourBoy status for Kaes. He was a former keeper but will be thrown back into the draft pool this season.

He plays his role beautifully as a natural intercept marker and the Bulldogs rely on him for this each week. He’s not as attacking as he probably once was, with Caleb Daniel taking that role, but he’s still a starter very week and a set-and-forget type of player in your fantasy side.

As he’s not one of the superstar names at the Bulldogs, he usually slides in drafts and can be a good value pick if you get him at the right time.

Once upon a time, this guy scored like he was the first defender you’d pick for your team, but that… was a long time ago. His best season came in 2016 where he averaged 93.3 but it has all been downhill from there.

Whilst he has scored okay as a mid-range defender option, his consistency has been a worry. He’s definitely worthy of a spot on your field but I reckon the best you could hope for from now on would be around the 75 average mark.

If I were drafting a new keeper league side this season, he would be one I’d happily let slide and take a punt on a younger player.

Kaes was pretty excited to finally talk about a player of his with #YourBoy status; he’s got his fingers crossed we get to see the best of him and he can go injury-free this season.

However, he had an injury-interrupted year in 2020 meaning his scoring was quite inconsistent, however, he did have one standout game with a bag of 6 goals against the Crows for an 86 (107BCV)

From all reports, he’s fit and firing this pre-season, so if all goes to plan he should have a better year. You know my thoughts on key position players, but he definitely has some potential so don’t be afraid to pull the trigger on him if you want him.

Stefan Martin is a fantasy legend.

He moves to the Bulldogs from Brisbane this season, so it’s hard to know what his role is going to be before we see some pre-season games.

What we want to know is ‘why is he at Western Bulldogs?’

Is he there to help out Tim English in the ruck on gameday? Or is he there purely as a training partner?

I personally he think he’s there to play, but I don’t see him scoring much better than his 2020 season.

However, I do think he will hurt Tim English’s fantasy output.

I believe that Martin will be used as their main tap ruckman as Tim English simply doesn’t win enough hit-outs. With that midfield, it would be a waste if you’re not getting first use of the ball, so I think they’ll use Martin in the middle.

That said, I’d only recommend owning Martin as a handcuff to Tim English, and if I was an English owner I’d be scared.

AFL Fantasy coaches are worrying about whether the addition of Treloar will affect Macrae, Dunkley, Bontempelli or Hunter. But the guy who is going to be hurt the most by Treloar’s arrival is Patty Lipinski.

Lipinski found it hard to find his place Western Bulldog’s best 22 last season. And while we believe he belongs in that best 22, he’ll only be used as a forward this season unless the midfield suffers injuries.

He played predominantly on the wing last season, averaging 59.6 (74 BCV) AFL Fantasy points per game. Despite the drop in scoring, he was still pretty consistent. He only had one score under 50 points, but the big scores of 2019 dried up. His best score of the season was 73 (91 BCV) which is fine for a forward, but now he’s lost his DPP status. So you’ll have to carry him as a low-scoring midfielder heading into this season and hope he gets forward status back.

He has plenty of ability, so if you were to keep him it wouldn’t be the worst option, but this is one of the toughest decisions you’ll probably have to make this year.