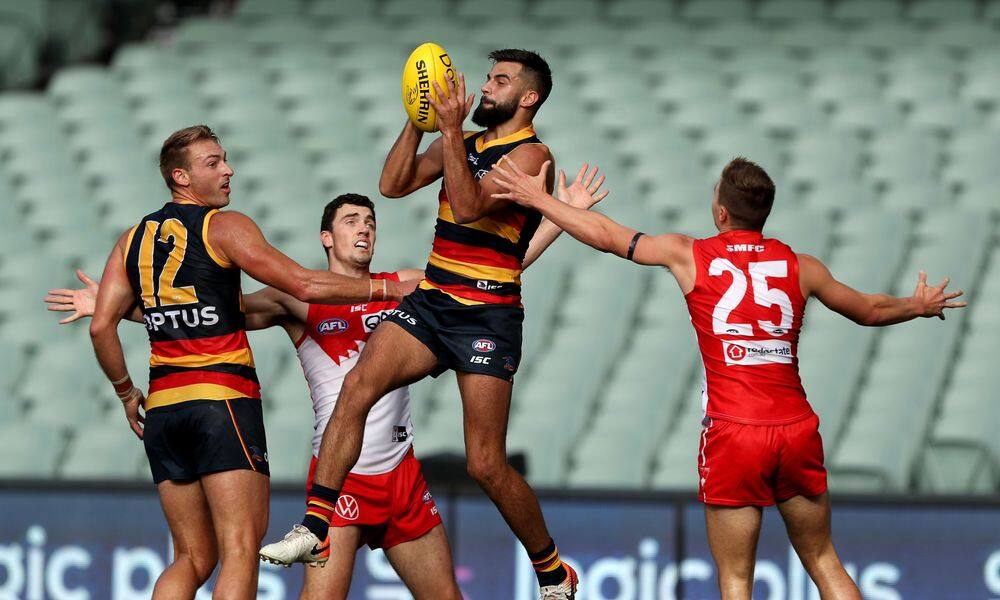 The team analysis articles are back for another year!

First up, we’ll take a look at who we’ve discovered from Adelaide.

The talented Wayne Milera has only played two games in two years. However, in a draft or keeper leagues, he’s a player that won’t slide as far as you hope due to his current salary cap hype.

As it stands, we haven’t seen the best of Milera and 2022 could be his year providing he stays fit.

I have him named on the bench in my best 22 for the Crows if he’s ready to go. This year I can see him playing across half-back, possibly across half-forward as well, and there is no doubt he can average in the mid-70s to early-80s which would be handy in your D3-D4 position.

There won’t be too many coaches in established leagues who will part with this classy defender easily and that may not necessarily be a bad thing. While there is plenty of upside to Milera, his recent injury history should have you a little wary of what 2022 has in store.

I’d love to see him back to his best but would want to see some big signs from him this preseason before I commit to taking him.

James Borlase is my flyer pick for 2021.

The 192cm key defender played 17 games in the SANFL last season and continued to improve as the year went on.

While he only averaged a modest 60.1 from his 18 games, he had an exceptional finish to the season, featuring scores of 80, 114, and 116 AFL Fantasy across his final 5 games.

His scoring bump at the end of the season was due to taking over the ruck duties when Kieran Strachan was promoted to the AFL side as cover for Reilly O’Brien. In his 114 and 116 point games, he showed what he could do around the ground, picking up 22 & 23 touches respectively as well as 23 hit-outs in both games.

The Crows must have rated his season as he was named runner-up in their SANFL Club Champion Award behind Kieran Strachan.

Now it’s not likely he’ll ever be a number one ruck but it shows his flexibility. If he can find his way into the AFL side as a key defender, then he’s the likely chop-out in the ruck for O’Brien, which could lead to some extra fantasy points.

With Jake Kelly off to the Bombers and Fisher McAsey still developing, Borlase could very well be in line for a call-up in 2022.

2022 is shaping as a huge year in Jackson Hately’s career.

The former number 14 pick from the 2018 draft showed promise in his time at the Giants but failed to make his presence felt in a rejuvenated Crows team last season.

The writing was on the wall early last year when Hately was named in the Crows’ “second team” in the 2021 Pre-season.

After coming home to South Australia as one of the Crows key recruits, he only played 3 AFL games, featuring in Rounds 6, 7, and 16. His scores from those three games were 75, 54, and an injury-affected 28 points.

Despite some mediocre AFL form, he was much better at SANFL level, averaging 23 touches and 102 AFL Fantasy points from his 10 games.

Throughout the season he notched up four tonnes, which included some big scores of 140, 136, and 132 points.

The word is he arrived at the Crows with some injury issues and needed a good year to sort out his niggles. Hopefully, we see some improvement in 2022. He was tracking nicely at GWS before moving home last year and now heads into his fourth year in the system. He’s a player I think will improve dramatically with fitness guru Darren Burgess at the Club.

As a mid-only in 2022, there is a good chance he is going to slide in a lot of drafts but with his fantasy pedigree, he could prove to be a real bargain pick up if he can cement his spot in the Crows’ best 22.

It should come as no surprise that my boy Harry is on my hot list in 2022.

Schoenberg scored 108 in his final game against the Roos from only 65% time on ground, and coming into his third year, it’s go-time for Harry.

There are no natural mids ready to step up at the Crows in my eyes. There may be some promising juniors but no one that I can see jumping Schoenberg for a midfield spot this season.

With an injury cloud over Matt Crouch’s head, and Rory Sloane heading into the twilight of his career, there should be opportunities for Schoenberg in the future.

I can see him averaging in the 85-90 range for me; expect the scores we saw at the back end of last year to be a regular feature.

I think we’ll know as much about Ned’s fantasy ability by the end of this year as we ever will.

Personally, I don’t think he’ll be the fantasy player we may have tipped him to be when he was drafted but there could be something there.

He ended 2021 with an average of 49.8 points but finished the year off strongly going at an average of 59.4 in his last five games. He played his best two games in the final two rounds of the year, putting up scores of 75 and 82 AFL Fantasy points. He picked up 22 and 24 touches respectively in these matches.

His game style is all about bringing the heat and if he can find the footy more regularly (like he did in his final two games) he could work to being an F5 position option.

Matthew Nicks seems to love him and what he brings to the side, and looks more of a likely footballer and fantasy type than players like James Rowe or Lachie Murphy, who also feature regularly for the Crows.

There is safety in drafting him this year as he has cemented his spot in the Crows’ senior side. If he can find some consistency and also find some more outside ball, there is a chance he could push a 70 average.

Sam Berry is a player I want to give a little warning about. I think he may be a tad overvalued in fantasy circles.

He played 17 games last year and gathered a little bit of fantasy hype after a couple of good early games.

My big worry about Berry is his ball-winning ability. He played 17 games last season and only had over 10 touches in 8 of those games. His best outing featured 14 possessions but only had 2 kicks and 12 handballs in that game.

Across the season he only averaged 9 possessions, 4 tackles and 42.8 AFL Fantasy points.

Throughout the year he played three SANFL games, where he averaged 15 touches, 11 tackles and 84 AFL Fantasy points.

However, I’m a big fan of guys who lay tackles and he averaged 44 points a game from tackles in the SANFL.

But while I love that heat, is that really sustainable?

Looking back at his junior stats, he only averaged 17 touches and 6.5 tackles a game in the NAB League for an 82.3 AFL Fantasy average.

I know he’s a young player and has the ability to grow in his role at AFL level, but from all we’ve seen across his career so far, I’m just not sure he wins enough of the footy to be a genuine fantasy option.

The other thing that worries me is he played quite a few games as a pressure forward who had stints in the midfield last season. New draftee Josh Rachele plays a very similar role and could surpass him in 2022.

At this point in time, Sam Berry is a player I’m happy to put a line through.

Support the podcast by becoming a member.