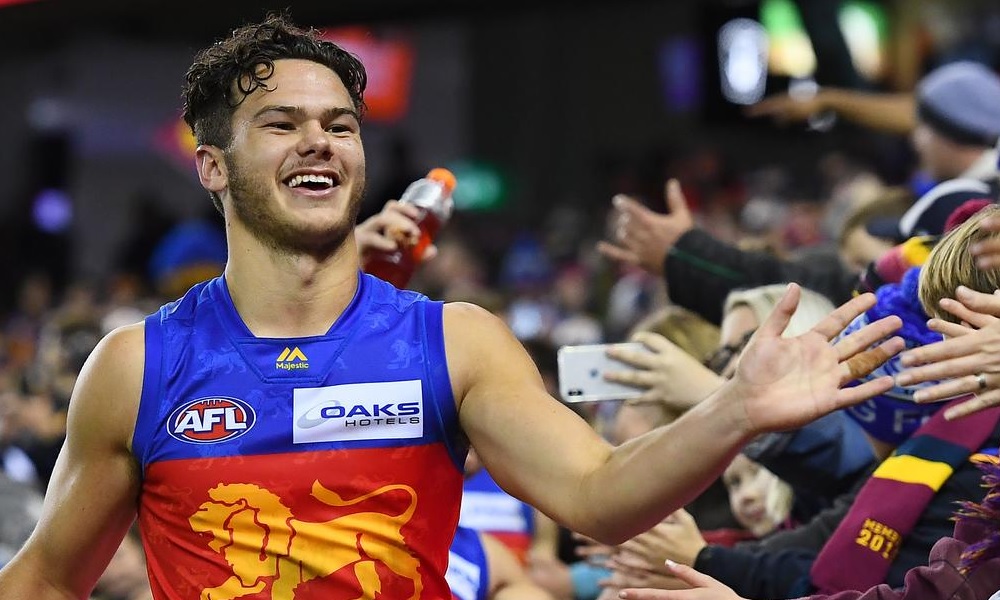 The Brisbane Lions are officially a force in the competition. Falling just shy of the ultimate glory two years running, they boast a cast of superstars on every line, and some seriously good young talent ready to make the leap.

As we continue smashing out our team analysis previews for another season, we’ll be analysing all 18 teams – finding the diamonds in the rough for your 2022 AFL Fantasy keeper league draft.

Let’s check out some Brisbane Lions AFL Fantasy options that are worth a look this season.

At just 22-years-old, Zac Bailey has the composure of a 10-year veteran. Building his superstar resume with a match-winning kick after the siren last season, Bailey is always in the right place at the right time to impact games.

Surprisingly, Bailey hasn’t hit fantasy stardom… yet. Averaging a modest 72.7 AFL Fantasy points in 2021, only the fantasy coaches who haven’t watched a Lions game in a couple of years will be letting Bailey drop back into the draft pool.

In fact, Bailey simply just had a slow start. After putting up an underwhelming average of 56 in his opening five games, ZB33 kicked into gear. Over the next 17 games, he averaged 78, including 87 over his last three games.

Mixing his time in the forward line with some centre bounce attendances (CBAs), Bailey might just be the perfect FWD option for our keeper leagues. He fits the Toby Greene mould: too good as a forward to ever truly be a pure midfielder, but a bloody good midfielder when given a crack!

This dynamic, much like Greene, should allow him to hold forward status for much of his career.

Last year marked the first time in his young career where Jarrod Berry didn’t improve his scoring average. It was a steady increase ever since the 23-year-old’s draft year, culminating in an impressive 89 average across 15 games in the weird 2020 season.

Hamstring, groin, and calf injuries plagued Berry’s 2021 campaign, resulting in a putrid 50.1 AFL Fantasy next to his name heading into our 2022 drafts. Put simply, Berry can’t do worse than last year. He had career-lows in every category (except frees against) and was 10 points worse than his rookie year in AFL Fantasy.

Currently on track to complete a full pre-season, the 192cm Adonis is primed for a bounce-back season. The recruitment of Darcy Fort and the mid-season return of Eric Hipwood should ensure that Berry isn’t called upon to fill the tall-forward void as he did at times late last season.

If you’re like me and think Berry is still a first-choice midfielder at the Lions, then he should be considered in the earlier rounds of a keeper re-draft if he’s been thrown back in the pool.

Compared to Dustin Martin since his draft year, it seemed only logical that Cam Rayner finally got a crack in the guts in his fourth season in 2021. An ACL injury in the AAMI Community Series (following six CBAs in the first quarter and a bit) denied us the chance of seeing Rayner the midfielder unleashed.

The number one pick in the 2017 draft, Rayner hasn’t lit the fantasy world on fire from a scoring perspective. However, his career-high 67.9 AFL Fantasy average in 2020 came from playing primarily as a medium-sized forward, only sneaking some CBAs to prepare him for the future transition.

At 22-years-old, Rayner still has plenty of time to build his midfield craft. Brisbane coach, Chris Fagan, has backed him in every step of the way – sticking by his man even when he was struggling to find his feet in the early goings.

By all reports, Rayner has been working hard on his aerobic fitness – a part of his game that has restricted him from playing serious midfield minutes up until now. Keep an eye on his CBAs in the pre-season and, if you end up drafting him, be ready to give him a few weeks to find his feet after such a long layoff.

It was great to see the filthy moustache and cheesy grin gracing an AFL oval once more in 2021. One of the rare key forwards worth fielding in fantasy footy just a few years ago, Joe Daniher was still a serviceable option in his first full season since 2017.

Averaging 72.2 AFL Fantasy points, Daniher finished 20th for overall points scored for FWD eligible players last season. If he happens to fall back into your redraft pool, there’s still plenty of upside for the 27-year-old. It was four years since he’d played a full season. Think about that for a second. What happens with another full pre-season? Despite coming on the scene early, Joe is only now entering his football prime.

If you’d rather back in Dan McStay and his hot finish to the season (91 in his last five games), I won’t argue with you. I’m purely backing in the scoring history, another full pre-season, and the joy of watching the flow of that glorious Mo.

Deven Robertson may have had one of the most under the radar seasons of a 20-year-old future fantasy gun. The second-year Lion managed 15 games – including one final – eventually earning a Rising Star nomination as he embraced a role as a tagger.

Robertson’s average of 61.9 AFL Fantasy points is deceptive for a player with serious scoring upside. Not only did he play low time on ground (TOG) – 71% for the season – he was fourth in line on average for CBAs, and when he did play inside midfield, he played a team-orientated accountable role.

Sporting a history of junior fantasy dominance (he averaged 113.1 in the U18 Championships for Western Australia, only behind Caleb Serong for the 2019 draft class), Robertson’s limited statistical output at AFL level can be forgiven considering the role-restrictions of a pressure-first player.

For the season, Robertson attended an average of 34.9% of CBAs, which was enough to lose his FWD status for 2022, according to Champion Data. It’s an unfortunate loss, but one that potentially allows you to draft Dev-Rob even later in your keeper redrafts, primed for the stash.

BOY OH BOY WOWEE! Sometimes the fantasy numbers don’t tell us the full story, and this call is brought to you by my Remedy Kombucha ‘Gut Feel’.

The retirement of Grant Birchall this off-season is the most significant list change for Brisbane heading into 2022. The outgoing four-time premier with the Hawks played 21 games last season, playing a crucial role in defence for the Lions, averaging 18.7 disposals, 7.1 marks, and 76 AFL Fantasy points.

That’s a significant hole to fill! While there are a few names that come to mind – Brandon Starcevich, Jaxon Prior, Noah Answerth, or even new draftee, Darcy Wilmot – my gut is rumbling in another direction.

They are heavily reliant (too reliant?) on All-Australian defender, Daniel Rich – who finished 1st in the AFL for metres gained last year – and could use a run and carry outlet in the mould of Adam Saad, Nick Hind or in the way Richmond deployed Daniel Rioli late last year.

Breaking the all-time records for the 20m sprint and agility test in the 2017 AFL Draft combine, the Irishman has one obvious weapon – speed! Entering his fourth year in the AFL system from a Gaelic football (and hurling) background, the dream of a Conor McKenna 2.0 is mouth-watering.

Listen, I understand it’s a stretch. Madden averaged 43.8 AFL Fantasy points last season and has played nine games total – all last season. But Dossy’s guts are a-rumblin’, and I felt obliged to share this with you.