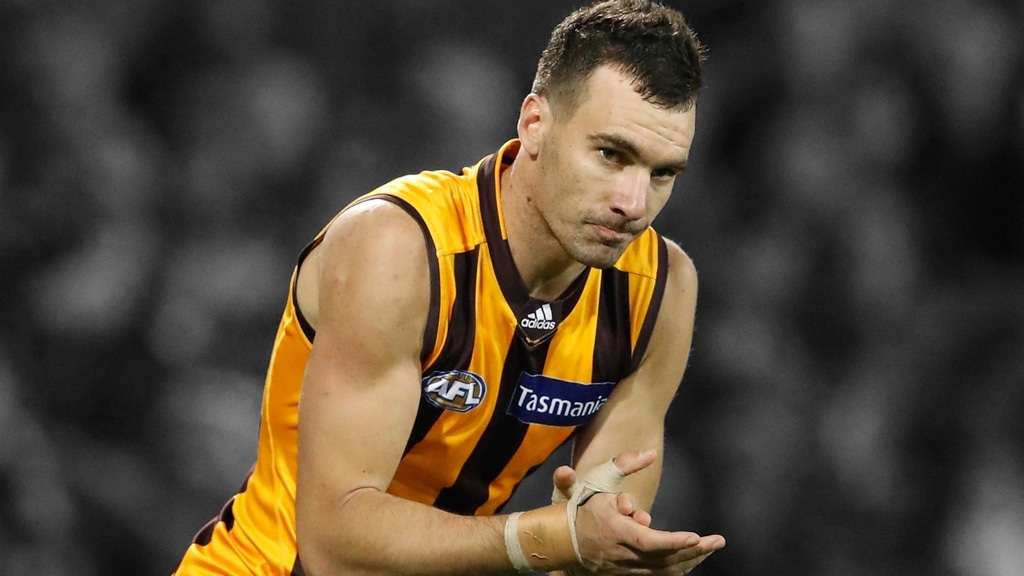 The Hawks have been dubbed by many as one of the most fantasy-relevant teams this pre-season. This is due to the number of the under-priced and under-valued player carrying over from the 2019 season. But will this apply to keeper leagues? In this article, we’ll try to find some players from Hawthorn who will be relevant in our leagues.

If you followed Chad Wingard closely last year, you’d know he missed a large chunk of the season through injury. He also had an injury-interrupted pre-season and as a result, his early-season scores were abysmal for a player of his calibre. These scores heavily attributed to a lowly season average of 78.4.

However, Wingard rallied in the latter stages of the year to put together a run of decent scoring games.

His end to the season was outstanding, scoring 100+ AFL Fantasy points in each of his last 3 outings. His last 3 game average was a whopping 113 points – +34.6 points above his season average.

These last three games may seem like a flash in the pan, but upon looking at his numbers overall his scoring dramatically improved towards the end of the season. Wingard averaged 98.2 points from his last 5 games, and 82.9 from his last 10.

His large numbers at the end of the season were a result of more midfield time, and with Tom Mitchell returning, there are no guarantees that this role will continue. I do believe Wingard is best played in the midfield, despite his ability to be a damaging forward.

There’s a lot of talk about Jon Ceglar taking over the number one ruck mantle at Hawthorn this year.

If this comes to fruition, I think we’ll see Ceglar emerge as one of the better fantasy rucks in the competition.

He averaged 76 from 15 games last season. This was his best fantasy season on record.

At the end of 2019, we saw him play as the first ruck with Ben McEvoy playing in defence. He showed glimpses of his fantasy scoring potential throughout this period.

Looking at his VFL numbers, he played three games for an average of 106.

Monitor the pre-season closely, and if it does look like a changing of the guards in the Hawthorn ruck department, place Ceglar high on your list of priorities.

It is disappointing that Jarman Impey will miss a large chunk of the 2020 season. He was just coming into his own at the end of last season.

He averaged 71 for the season overall and when you look at his late-season numbers, they’re not that flattering due to the injury affected score of 6.

But if you take that injury affected game out of the equation, his numbers start to look a whole lot different. His last 3-game averaged before the injury becomes 88, and if you extend this, his last 10-game average jumps up to 82.

He genuinely looked like he was starting to blossom before he got injured, and it would have been interesting to see what he could have averaged if he was able to play out the season.

Whilst he may not offer much for 2020, if you’re able to stash him for future years he’s definitely one to consider.

Kaes is excited for what Jon Patton can produce this season.

He should add a new element to the Hawks forward line and will be supported by the likes of Mitch Lewis and veteran Jack Gunston, giving him a bit of freedom up front.

Whilst he may not be a huge scoring forward in 2020, he offers value with ruck status, so take him if you need to fill a ruck position in your team.

Alas, his scoring tapered off from here and he finished with a season average of 73 whilst averaging 75% time-on-ground across his 12 games.

He had 7 games where he scored 70 or more points, but as a midfielder, this doesn’t quite cut it. There’s also the fact that he’s competing for spots with players like Harry Morrison and Daniel Howe who all seem to be quite interchangeable at Hawthorn.

However, if you look at his VFL numbers, he showed some promise.

He had the fourth-highest average for Box Hill in 2019, going at 96 points per game.

He had six games where he scored over 90, and two games at 100+ from his nine VFL outings.

He’s coming into his fourth season of AFL football, so it’s do-or-die time for Cousins. But he should be ready to go and will get opportunities this season with Burgoyne and Henderson ageing, along with Impey missing most of the year with an ACL injury.

It will be exciting to see what he can do given a proper chance.

Blake Hardwick is turning into a very solid defender.

He has cemented his spot in Hawthorn’s best 22 playing every game last season, and 22 games in the season prior.

It feels like we’ve mentioned this one thousand times this pre-season, but we emphasize the importance of those defenders who can get you 70 points consistently, and we think Hardwick will turn into one of those players this season.

His top score of 2019 came against Essendon in round 13 where he had 109 points on the back of 22 possessions, 10 marks and 5 tackles. This shows his fantasy potential.

Whilst we don’t think he’s gonna go bananas and become a premium defender, but we do think he’s a reliable option that you will be able to pick up late in drafts.