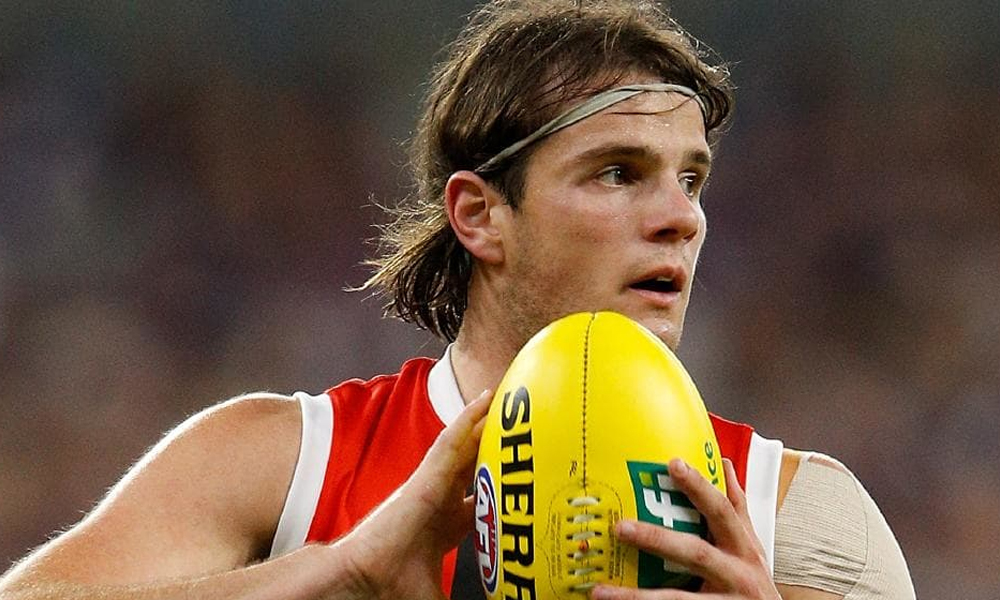 With a new coach and a heap of fresh faces, it’s hard to get a read on where St Kilda will be at this season. There will be players who will drop out of the side and others who will have their scoring affected by new additions. However, there are still lots of players that will be relevant to our keeper leagues and we’ll try to identify some of those in this article.

Roberton apparently has a clean bill of health and will return in 2020. This is good news for fantasy coaches.

He hasn’t played a game since 2018 where he averaged 63 AFL Fantasy points per game. During his round 4 games against Geelong in that year, he collapsed behind the play due to a heart issue and had to leave the field. As a result he didn’t play for the rest of the season. The same concern kept him out of all matches in 2019.

His last full season of football was in 2017 where he had an average of 90 AFL Fantasy points for the year. He also had a season average of 83 in 2015 but has had a mixed bag of averages scattered around those.

When he’s up and running, he’s an elite intercepter and uses the ball a lot by foot. He’s basically a defender that’s built for scoring.

He’s a risky proposition, but if you can get him at an appropriate time in drafts then be sure to get on board.

But be sure to monitor his health throughout the pre-season to ensure he’s right to go.

I’m not usually a fan of taller defenders, but Battle is a bit different.

He played as a key forward for his junior career but has since switched to defence. However, he has maintained that attacking prowess from his days as a forward in his new role as a defender.

He played 19 games in 2019 for an average of 68 AFL Fantasy points. He suffered an injury in round 16 which affected his season average and would have averaged slightly higher if this number were not included.

Looking at his scoring power, he had 3 games where he scored over 100 points. But he also had 10 scores below 70, so there a bit of a mixed bag here.

His scoring relies on matchups at times and if he has to play defensive on a taller defender he tends to battle (pardon the pun).

There’s also the concern about him moving back to the forward line eventually. Quite often a key forward like Battle is placed in defence for a few seasons to get behind the ball and understand the play more, learn off the good forwards whilst getting a few kicks in the meantime.

But at the moment he does seem settled in defence.

Fantasy wise, I still think he’s a risky proposition each week. He’s fine for one of your last defender spots but I’d find it hard to rely on him every week.

However, I think he would make a good streamer as a week-to-week proposition.

This guy is a serious breakout candidate.

His best score of 2019 came against Geelong in round 17, where he had 25 disposals, 7 marks and 9 tackles for an AFL Fantasy score of 119. He also backed that up with a score of 105 the following week. This shows us what he is capable of at his best.

Clark is an awesome ball winner, both inside and outside, and also a great pressure player which means he puts up good tackle numbers.

He also looks locked into St Kilda’s backline which means he should hold defender status in fantasy for some time to come.

He also has a good scoring pedigree, averaging 108 as a junior in the TAC Cup.

There’s not a lot more to say about this guy other than to get on board and enjoy the ride.

Here at The Keeper League, we’re always trying to find handy defenders to fill those last few spots on your list as we know the scarcity of the position. Hopefully, Ben Paton could be one of those guys that fill a hole in your side.

He played 13 AFL games last season for an average of 60 and all but cemented his spot in St Kilda’s best 22. His top score of the year came in round 6 versus the Crows where he scored 89 AFL Fantasy points.

There are some concerns with Roberton and Jones coming into the side and where they’ll all fit, but Kaes is confident he’ll feature in 2020.

Looking at his VFL numbers, he averaged 90 from 3 games in the VFL, going at 13 disposals, 6 marks and 4 tackles per game.

Kaes thinks he can grow on his numbers whilst I am more sceptical.

However, if you need a defender who is likely to play every week, Paton could be your man.

Ed Phillips is a guy we had earmarked for a breakout last season but it never came to fruition.

He struggled to get a game in the senior side last year, only managing 4 games for the season for an average of 54. This is particularly disappointing given he averaged 73 in the season prior and looked to be on the way up.

Phillips got injured mid-season which ruined any chance of a late call-up and a potential breakout during the year. However, his VFL numbers were solid. He averaged 94 from 9 games and managed to score over 100 points on two occasions. The rest of his scores were in the 80-90 range.

If it’s any consolation, he’s a fitness machine and often wins time trials at St Kilda. Kaes would take him as a first-rounder on this fact alone. But you need to be able to get a game to be a good fantasy scorer.

He would be a better prospect if St Kilda didn’t pick up a few midfielders in the trade period, but now he’s pushed further down the pecking order.

He may be worth a very late pick up if depending on how he looks in the Marsh series, but I’m avoiding for the time being.

For some reason, there seems to be a lot of hype around Jack Bytel.

He missed all of 2019 after back surgery but was a highly touted junior, so this is probably where all the hype comes from.

He’s an inside midfielder and seems to be a player that likes to handball. However, he does put up good tackle numbers which will boost his scoring.

Reports from St Kilda state that he’s training well, but you have to be concerned regarding the serious nature of his injury and the surgery required.

He’s probably also going to take some time to get up speed with AFL standards, so I wouldn’t be surprised if he spends a lot of time in the VFL this season.

Jack Bytel is definitely worth monitoring during the pre-season but the Saints’ midfield looks strong at the moment and it’s hard to see where Bytel fits.