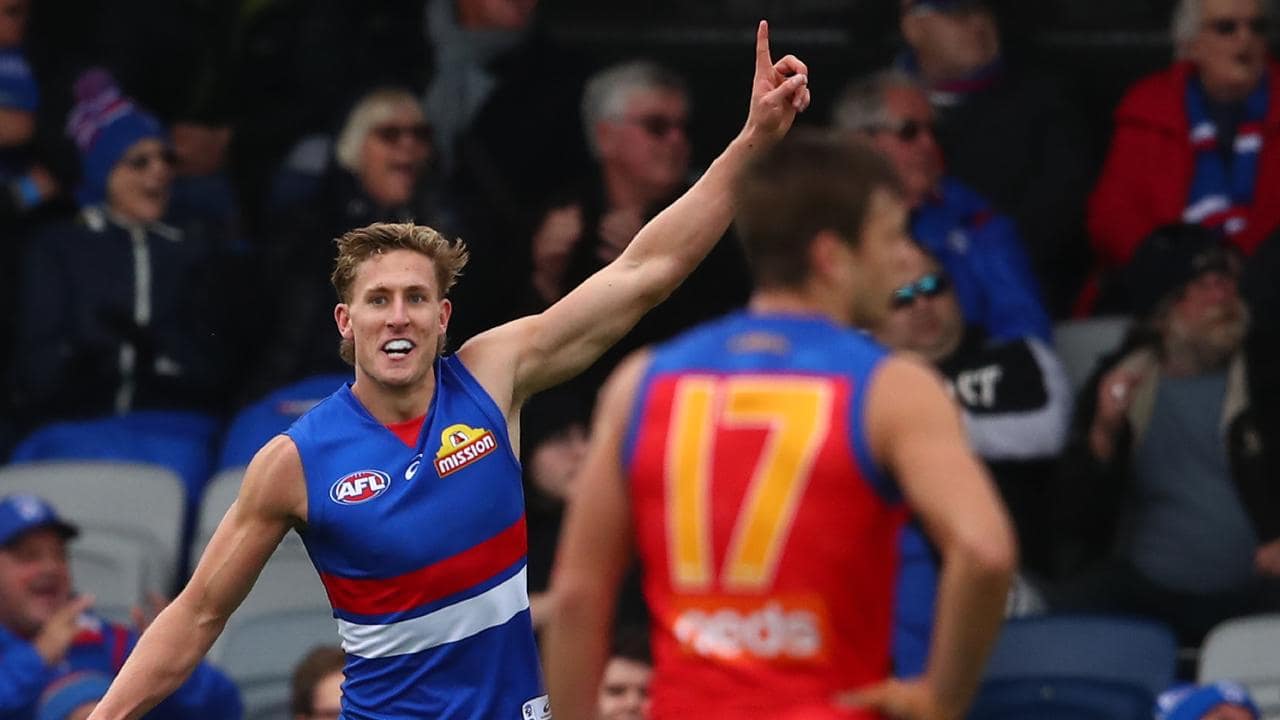 The Western Bulldogs have one of the most exciting lists in the AFL and a plethora of fantasy-friendly players as well. With some of the competition’s future stars on their list, there are plenty of players to get excited about for your keeper league.

There is no doubt in my mind that this kid is going to be a star as he enters the magical third year!

Naughton has one of the best sets of hands in the AFL and he didn’t miss a game in his second season of footy.

While he only averaged 64 last year, he was building very nicely towards the back end of last year where he averaged 77 from his last 5 games.

He had a big 125 point PB against Richmond where he kicked 5 goals and throughout the year also had three games of over 10 marks.

His bigger scores have been a touch reliant on goals but for me that’s an issue that will now be solved.

In the past, he’s had to play close to goals as the dogs main forward but that’s now going to change with two big additions to the Dog’s side.

With Alex Keath added to their backline and Josh Bruce to their forward line, it will allow Naughton to become the best swingman in the comp and roam free wherever he pleases.

With the license to roam like a mini Richo or a young Justin Westhoff, I honestly believe he can push high 70’s/early 80’s this year and will run an absolute muck in the AFL this season.

Schache is building into a handy key forward and someone you should have in your plans going ahead.

While he’s yet to set the world alight, he looks to have some fantasy strings to his bow and will definitely benefit from the arrival of Josh Bruce.

Bruce playing deep will allow Schache to use his athletic ability to play higher up the field and get more of the ball.

Schache averaged 55 last year but in his last five games managed to average a very handy 69.

Schache really started to hit the scoreboard as well last year which boosted his scores and as he embarks on his 5th season, he’s ready to take his fantasy scoring to a new level.

The Dogs forward line will be one to watch this pre-season and if they can keep their big three on the park, they look mighty potent.

Schache looks a late flyer who could become a handy addition to your side.

Crozier is a super underrated defender and someone you should respect heading into 2020.

He’s a guy who’s never going to get lots of praise but believe me, these are guys that win you games.

Crozier is now 26, has finally settled in at the Dogs and this year I see some big improvement in him.

He averaged a very solid 72 which is what you want from that D3-5 and just goes about getting his 15-20 touches each week.

Where I see Crozier’s improvement coming from is the injury to Taylor Duryea.

Duryea will miss a heap of 2020 after having hip surgery in the pre-season which allows Crozier to pick up a few of his points.

JJ, Suckling, Daniel and Crozier will make up the attacking part of the Dogs backline while Alex Keath will come in play a more defensive role.

Confidence is high and points are there for the taking, so look for him to push into high 70’s, possibly 80’s this year.

In 2018 McLean looked like being one of the next fantasy stars.

He then injured his AC joint at the end of that season and hasn’t quite been the same.

Looking back on his averages over the years:

The main reason for his big drop off last year was the fact he played forward all of last season, losing out on midfield time in a Dogs side that runs very deep.

He really put together a mixed bag of scores and only registered the one 100+ score which was in Round 21 vs Essendon.

With the rise of guys like Lipinski and Smith, there is no guarantee we’ll see him play midfield again but monitor what he does this pre-season and he could be a steal this season based on his poor 2019 average.

Smith was one of the best junior scorers in the 2018 ‘super draft.’

The kid averaged 127 in the NAB League and 96 in the U18 Champs and was actually a better scorer than Sam Walsh from his few games.

He was injured for his final year of juniors and still went at Pick 7, such is the respect he had from AFL clubs.

Smith had basically no pre-season heading into his first AFL season and was a shock debutant in Round 1 last year.

His fantasy scoring was very slow to start, playing both minimal TOG and a lot up forward.

As the season progressed he really started to heat up, playing more midfield time and ended his season with an average of 69.

Smith averaged 85 from his last 5 games and as a forward this season, his numbers look super juicy for keeper leagues.

The big issue he has on having a full scale breakout is that we might not see the midfield time we once hoped for as the Dogs have one of the best (and youngest) in the competition.

This could be a blessing in disguise as it means we may see him as a forward for some time which will be really handy for all fantasy coaches.

Wallis is 27 years old and coming into his footballing prime.

He started to get nice and busy late last season, averaging 82 from his last 5 games.

As a forward, he’s pretty relevant in keeper leagues and is a player who should probably hold it all through his career.

Wallis attends a lot of centre bounces too, which helps keep his scoring up and is ranked elite for clearances.

He’s an important player for the Bulldogs and if he can stay fit, there is no reason he can’t go 80+ and be a very handy forward.