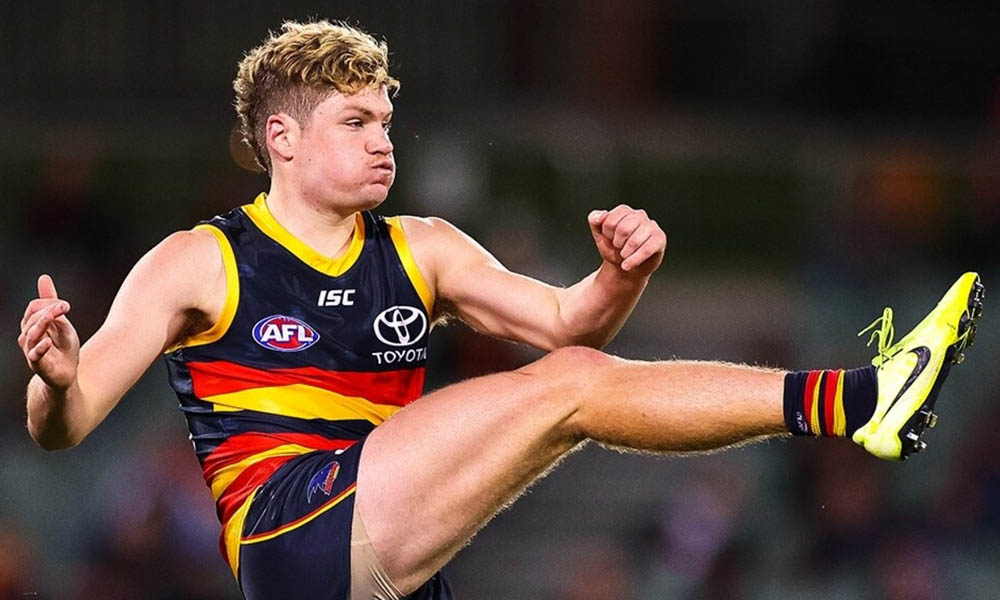 As the sun sets on 2021, I thought I’d see if my crystal ball still works into the new year!

I’ve made a prediction for a player from each club ahead of the 2022 season, so let’s see how I fare come this time next year.

Let me know if you think I’m on the money or not!

Harry Schoenberg continues his rise. Averaged 83.8 in his last 5 games of 2021 from only 67% Time On Ground. I can see his TOG% increasing which will see him average 85+ this season.

Dan McStay will be one of the bargain pickups of the year. Not a sexy name in Fantasy but his last five games were pure fire, averaging 90.8. Still no Eric Hipwood until late 2022 – get on board.

George Hewett is fools gold. Can’t see him getting the expected/promised midfield time and maintains that high 70’s average that he’s had most of his career. Fine for a defender but he won’t hit the heights many are expecting.

Pat Lipinski gets back to his 2019 form and averages 85+ in the Pies midfield. Pendlebury & Sidebottom getting on opens up a full time role for the former Dog to play his natural role.

Don’t be sucked in by Devon Smith’s 111 in Round 23. He was so far off the boil last year and Will Snelling has eclipsed him in the high half forward role. The rise of other midfielders and the promise Archie Perkins has shown means Smith’s days as a good Fantasy player are done.

Max Holmes is the Geelong youngster that you need to have in your blackbook. He’s a good size and finished off 2021 very well. Two finals appearances and a good pre-season will have him in good shape for some more midfield time in 2022.

The departure of Hugh Greenwood means Noah Anderson closes in on premium midfielder status. With Matt Rowell playing catching up, Anderson becomes the prime mover in the guts and averages 95+ in 2022.

The arrival of Leek Aleer allows Sam Taylor to play more of a fantasy friendly, interceptor role and become a genuine fantasy option. Think he can comfortably average 75+

Hayden Young steps up to become an 85+ average defender. His finish to 2021 was seriously good and possibly even a little underrated.

Don’t overlook Dylan Moore as a genuine keeper option. His floor was exceptional last year for a small forward and he finished the season with an average of 85.7 in his last five games. Can easily be an F3 in 2022 – he’s one of Sam Mitchell’s favourites too.

New recruit Luke Dunstan will be held out of the Dees side for the majority of the year by James Jordan and Tom Sparrow. A player I’ll be avoiding big time.

The Roos will begin to try some new things and the Aaron Hall bubble will burst. Hall will only average in the low-mid 90’s. Still will be a good fantasy player but not worth the Round 1-2 pick that people are anticipating in drafts.

Lachie Jones remains largely unsighted in 2022 at AFL level. With the Port backline nice and settled and Miles Bergman taking his opportunity in Jones’ absence, I expect Jones to ply his trade and bide his time in the SANFL for much of next year.

A Tigers B22 rejuvenation will see Jack Graham end the season as a Top 10 forward. With Trent Cotchin on the way out and Dusty coming off a tough 2021, a full-time midfield spot awaits Jack. He’ll also have 4 x 130+ scores.

Ben Paton bounces back as the forgotten man of the Saints defence. He was tracking beautifully until his injury last pre-season and will be a great late pickup in many drafts.

Justin McInerney ends 2022 as a Top 25 Defender. Finished 2021 in fantastic fashion with two hundreds in his last five games. Jordan Dawson’s departure opens up more opportunities for the dashing defender.

Greg Clark can make an instant impact in the Eagles midfield. His 2021 WAFL numbers were incredible, averaging 114.7. The draftee every fantasy coach should have in their sights.

Tim O’Brien ends up being one of the best pickups late in drafts with his B/F status. Averaged 75 in his last five games as a key defender; a spot he’ll slot straight into from Round 1.