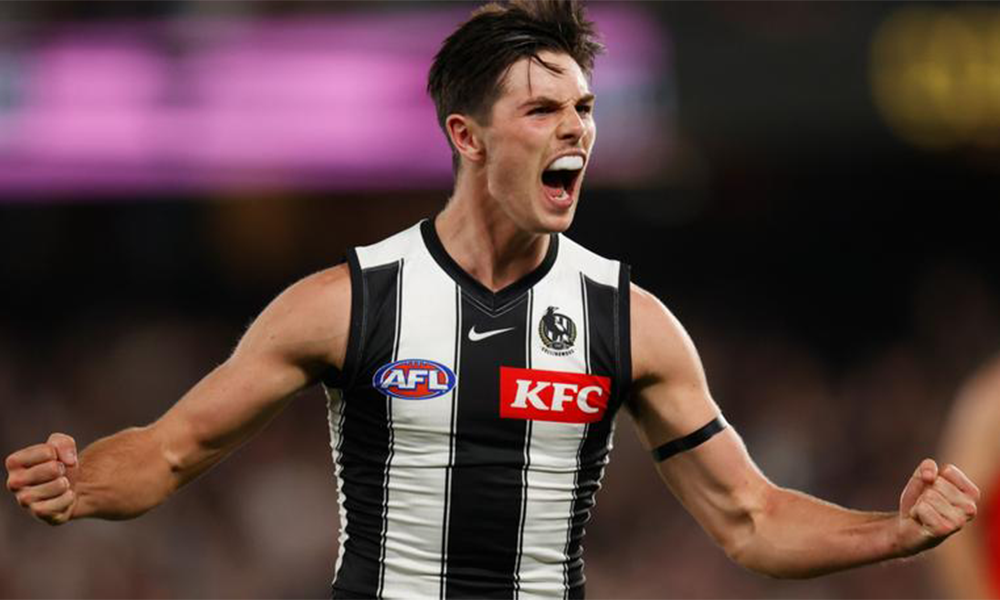 As we approach the Bye Rounds, there will already be a number of teams starting down the barrel of another missed finals series or even worse; a wooden spoon. Instead of dwelling on what could have been in 2022, it’s time to turn your attention to 2023 and begin to look at some players who should be future Fantasy studs.

Don’t be fooled by his miserly 45 average. That number includes a nervy first game in Round 1 and then a poor score as the sub in Round 2. Sent back to the SANFL to find a bit of confidence Soligo has scored 59, 77 and 61 in his three games back at AFL level, averaging 65.6 since his return. Soligo was one of the best junior scorers out of last year’s Draft averaging 105 in the NAB League for Eastern Ranges playing in the midfield. With the Crows deep into a rebuild expect Soligo to get a bit of midfield time at some stage in the back half of this season. Don’t get fooled by Rachele; Soligo is the next Fantasy star at the Crows.

Kiddy Coleman has had a lot of the plaudits since he’s returned to the Lions side after injury but Noah Answerth is quietly going about his business in the backline. The Lions were desperate to get him back in their side after missing a chunk of the last year and a half through injury. While we’ve really only seen one big game from him this season (a 99 against West Coast) he’s averaging 63 this season and continues to get better each week. He averaged 72 as a defender in the TAC Cup back in 2018, splitting his time between lockdown defender and contested onballer. With Daniel Rich and Dayne Zorko coming to the end of their careers, look for Answerth to bloom next year.

This may seem like a bit of a left field suggestion but hear me through. Silvagni is an integral part of the Blues setup and will  be for a long time. His flexibility is a massive weapon for the Blues. He can play tall, he can play small and he can even pinch hit in the ruck. For those not following Silvangi’s season closely, he’s actually averaging a very respectable 72.3 from his 10 games. He’s scored 70+ in six of his 10 games and his worst score this season has been 55 which I don’t think is too bad. When the Blues are at full strength he’s their third tall up forward and with his aerobic capacity and leap, he’s likely to challenge a lot of third choice defenders. It also feels like he’s been around forever but he’s only 24 and coming into his prime as a footballer.

Football followers have started to cotton onto just how good Henry could become in the last couple weeks. While his scores may not be there just yet (56.5 ave) he’s a player that passes the ‘eye test’ so easily. He oozes class and just has a knack for finding the big sticks. While his forward craft is tracking along very nicely, his ability to pinch hit in the midfield will be the attribute that takes him to the next level. At 189cm he’s a very nice size and is putting on some muscle to be able to match it with some of the bigger bodies in the midfield. He’s going to be a very big part of the Pies resurgence under Craig Macrae and with Jamie Elliott’s body as reliable as fake Rolex and Jordan DeGoey ‘exploring his options;’ a taste of some midfield time may come around quicker than some people may expect.

Quite simply, Will Snelling is one of the Bombers most important players. His absence is having a bigger effect on the Bombers than a lot of people would think. He’s an incredible link player for the Dons across half forward and also brings a mountain of pressure, averaging close to 5 tackles per game across his career. His 78 average last year was no joke and was on track to improve on that this season before a calf injury derailed his season in Round 1. He’s only 24 and has a long and influential career ahead of him. He’s also only a couple weeks off returning, so get that trade request in quick smart. Or pick him up off the waivers in the 42% of Leagues who seem to have no idea.

There are a couple of Fremantle players who could feature in this article including Matt Taberner, Lachie Schultz and Sam Switkowsi but I’ve got to go with a kid who could be a potential superstar. Erasmus is one of those annoying guys who seems to be good at everything he does and only gave up a promising cricket career late in his high schooling to focus on footy. He averaged 28 touches and a whopping 16 contested possessions in his 4 WAFL Colts games in 2021 and played a heap of school footy where he averaged 36 disposals a game. Fast forward to his first game of senior footy; Round 2 for Peel Thunder against West Perth, Erasmus had a game high 34 touches, and 7 tackles for 144 Fantasy Points. Freo’s strong start to the season has meant that Erasmus has had to be patient finding a spot in their Best 22 but as a long term play, there is nothing surer than him becoming a genuine Fantasy stud.