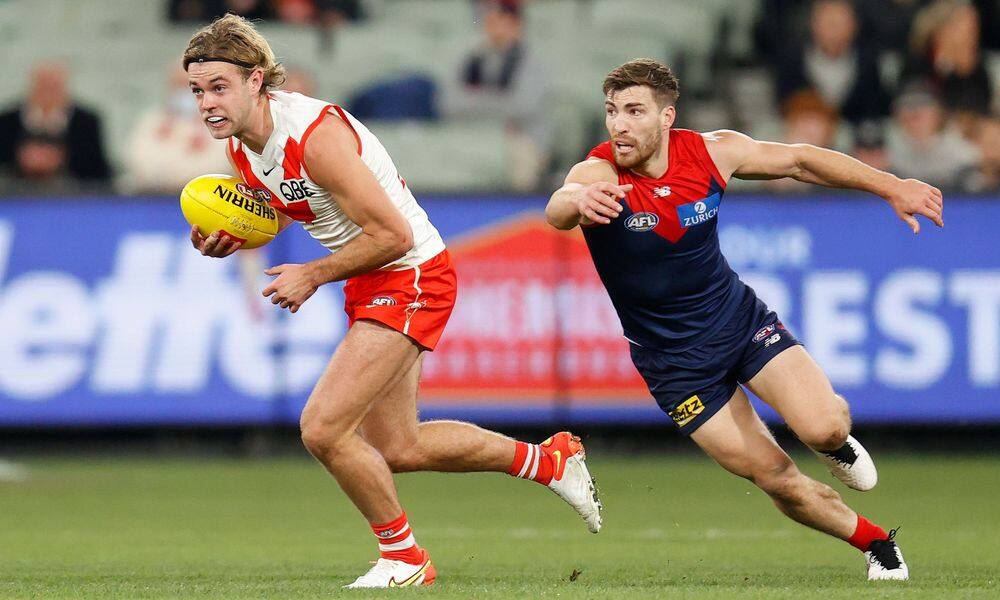 At the start of this year, we thought this guy was going to be the next Michael Barlow.

The WAFL superstar averaged 114 AFL Fantasy points per game last season playing as an inside midfielder. Many thought he would replicate that form coming into the AFL, but it hasn’t turned out that way.

He began the season playing on a wing and scored 110 points on debut, but only put up scores in the 60s since then.

Last Saturday versus the Crows, he lifted his CBA rate by 35% when compared to last week, and 10% on his season average. Unfortunately, it didn’t really improve his fantasy game as he only scored 71 AFL Fantasy points.

It was a wet and windy day at Adelaide Oval, and the fact that most of his score came from tackles might suggest that it didn’t suit his natural game.

Either way, I’m beginning to think he might not be the second coming of Michael Barlow.

Starting the game like a house on fire, scoring 53 in the first half and entered the final term on 83 points.

Naturally, you assume he would go on to score over 100 points, but he didn’t register a score for the rest of the game.

He did cop a big hit early in the fourth quarter which may have stifled him, but there was also a noticeable dip in centre bounce attendances for this game.

In the three games prior to round 12, Hately was averaging 57% of the CBAs for the Crows, but only attended one centre bounce (4%) this week. Instead, he was playing out on the wing and the Crows reverted back to using Matt Crouch at the bounces.

I’m hoping the dip in CBAs doesn’t affect Hately too much. As I mentioned, he was scoring fine on the wing until he took the hit, so hopefully, that was the reason why his scoring dipped.

It’s not panic stations yet for owners, but it’s something we’ll be watching with interest.

After heading to 49% of the centre bounces in the past three weeks, Rowbottom jumped to an attendance rate of 87% on the weekend.

Over the past few weeks, we’ve seen players sent to Clayton Oliver in tagging roles and this week James Rowbottom was given that ‘honour’.

You may think that tagging roles can kill a player’s scoring, but it didn’t seem to affect Rowbottom too much, as he was probably around the football a little more often than he usually would be.

So whilst I don’t think Rowbottom is ever going to be a huge scorer, it’s reassuring to know that you could confidently roll him out as one of your last midfielders and still score you an 80 even as a tagger.

After being used as the number one ruck in previous weeks, we saw Mark Blicavs return to defence this week for Geelong. This obviously affected his scoring as he only registered 67 AFL Fantasy points.

Over the past three rounds, Blicavs averaged a 66% attendance rate at the centre bounces but only went to 15% this week.

Most people would assume that Rhys Stanley’s inclusion would be the reason why Blicavs scored poorly, but it was more so that Jake Kolodjashnij didn’t play due to COVID health and safety protocols. As a result, Blicavs had to cover for him in defence.

Looking at the games where Stanley and Blicavs have played in the same side, Blicavs still averages 83 AFL Fantasy points in those games, and those games also include the early rounds where Blicavs wasn’t being used in the ruck.

When Kolodjashnij returns, I think Blicavs will still score reasonably well (for a defender) even with Stanley in the side.