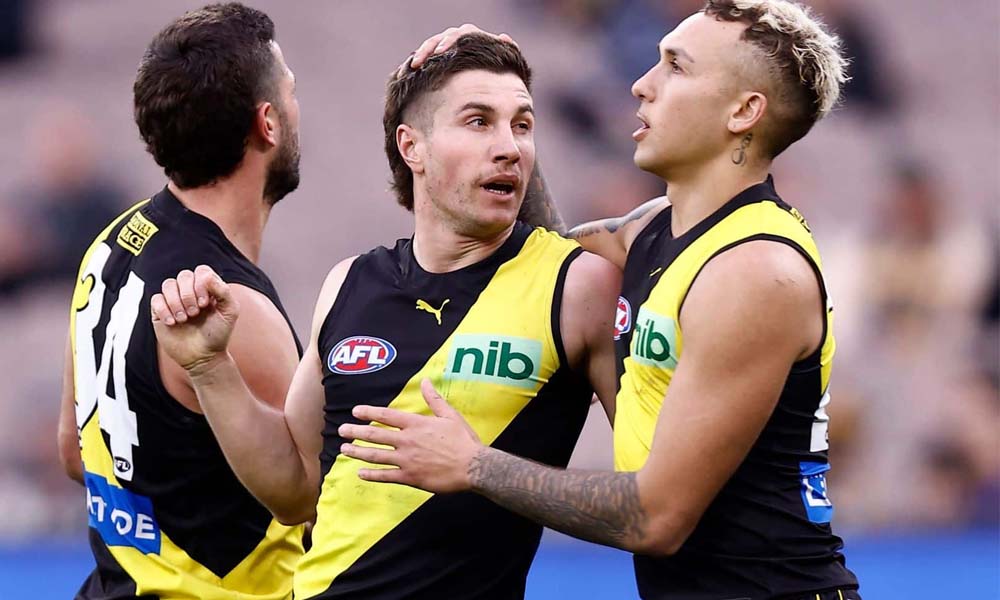 We said on the podcast last week that Baker was likely to step into Dion Prestia’s role whilst he was out with concussion protocols, and that’s exactly what happened on the weekend.

It seems like Prestia will return this weekend, but Dustin Martin will miss with a hamstring injury, so this may keep the door ajar for Baker.

On the back of this, look for a scoring bump to Richmond defenders such as Daniel Rioli and Nathan Broad over the coming weeks.

Over the past two weeks, Tom Papley has increased his centre bounce attendance numbers dramatically.

Forgive me for overlooking him last week, but I watch Sydney a lot and Papley quite often gets a random bump to his CBA numbers from time to time but they usually fall away the following week. However, over the last fortnight, he has attended 56% of the centre bounces for Sydney, which is up on his season average of 30%.

Looking at his fantasy numbers, Papley has averaged 92 AFL Fantasy points in this period.

Historically, Papley has been a player who has scored better when given more time in the midfield, so hopefully, this can continue over the coming weeks. Listed as a forward, he could be a handy acquisition for your team leading into finals.

Whilst Zane Trew didn’t score that well on his debut, his centre bounce numbers were interesting to look at.

In his first game for the Eagles, Trew scored 46 points from 69% time-on-ground but he did attend 17 centre bounces which made up 46% of the total centre bounces for the game.

Whilst this might not have the biggest fantasy impact on Trew himself, it may have damaging flow-on effects on other players.

For example, Connor West didn’t attend a single centre bounce on the weekend after averaging 31% in his last three games and 37% for the season.

So if Zane Trew continues playing beyond this week, it looks like he’ll be used in the midfield quite regularly which could negatively impact other West Coast midfielders.

This guy was officially given #B2P status on the podcast this week.

It’s crazy to think that this could happen to the dual-Brownlow medalist, but here we are.

In the first two weeks since his return, Fyfe was given ample opportunity in the midfield, attending 46% of the centre bounces for Fremantle in that period. But on Saturday against Port Adelaide, Fyfe didn’t attend a single centre bounce and was firmly planted up forward.

As a result, he only registered 67 AFL Fantasy points but this might not be the worst scenario for Fyfe.

Fyfe is coming off a long layoff and a slow start probably was to be expected for the Fremantle champion. If he can spend a few weeks up forward and gain forward status for next season, he could be a handy pick-up for keeper league teams.

Personally, I think if you can buy low on Fyfe he’s every chance of rewarding you next season.