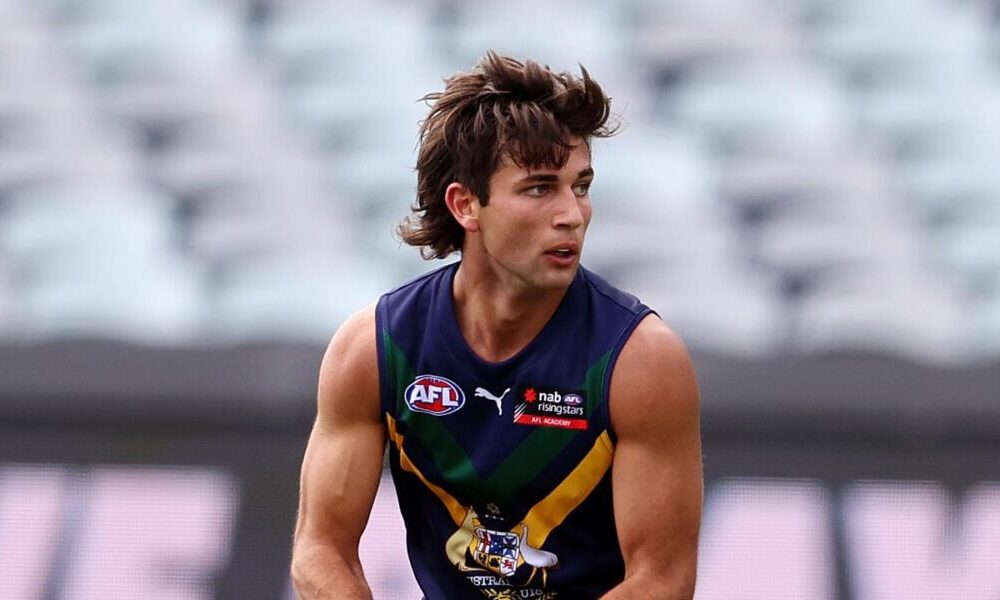 Touted as one of the most dangerous small forwards in this year’s draft, Josh Rachele looks set to be a lock for a Top 10 selection next week.

The 180cm forward-mid has plenty of tricks up his sleeve and definitely knows where the big sticks are. Rachele kicked 11 goals in his four NAB League games this season and had a couple of big hauls with games of 4 and 6 goals. He averaged 18.5 disposals across those four games, along with 6 marks and 4 tackles per game.

For Rachele to average 99.5 Fantasy points as a small forward is quite an achievement. Yes, his season-high of 107 points came from a game where he kicked 6 goals but his second-highest score of 102 was only aided by one major.

Rachele seems to possess a complete fantasy game as he rates highly across all areas. Yes, he can find the footy and loves a goal but his biggest value is taking marks and laying tackles. He finished inside the top 20 for marks on average in the NAB League which shows to me he knows how to work his angles and demand the footy.

Watching some of his footage this year it’s very evident that he has plenty of speed, composure and is a very good kick of the footy. To me, he moves a lot like Josh Daicos and if he can kick off his career like Daicos, fantasy coaches will be quite happy.

It’s obviously very hard to get a complete feel for a draftee in the current climate, especially in Victoria where they just didn’t get to play many games. However, if you look back to 2019 Under 16 Championships, Rachele was dominant. He averaged 26 disposals across the carnival and won the Division 1 Best and Fairest.

A cool fact that is definitely going to be brought up about Rachele on draft night is that he was a member of Australia’s Under 17’s soccer side and had been offered a scholarship from Melbourne City. Ultimately he chose to follow the AFL path but I cannot wait for the commentators to bring up his soccer background at every possible opportunity. There may even be a drinking game in this.

His fantasy output in 2022 will ultimately be decided by which club he lands at. The word is the Crows are very much into him and considering someone like James Rowe only kicked 15 goals for them this year, Rachele could easily find his way into a forward pocket with a strong pre-season.

I’m not expecting huge things from Rachele next season but for a kid who looks like he’ll likely be a center-forward in fantasy for quite some time, he would be on my radar late in a draft especially if you can stash him. He looks to have the complete fantasy game and is someone who could be a very reliable forward option for many years.