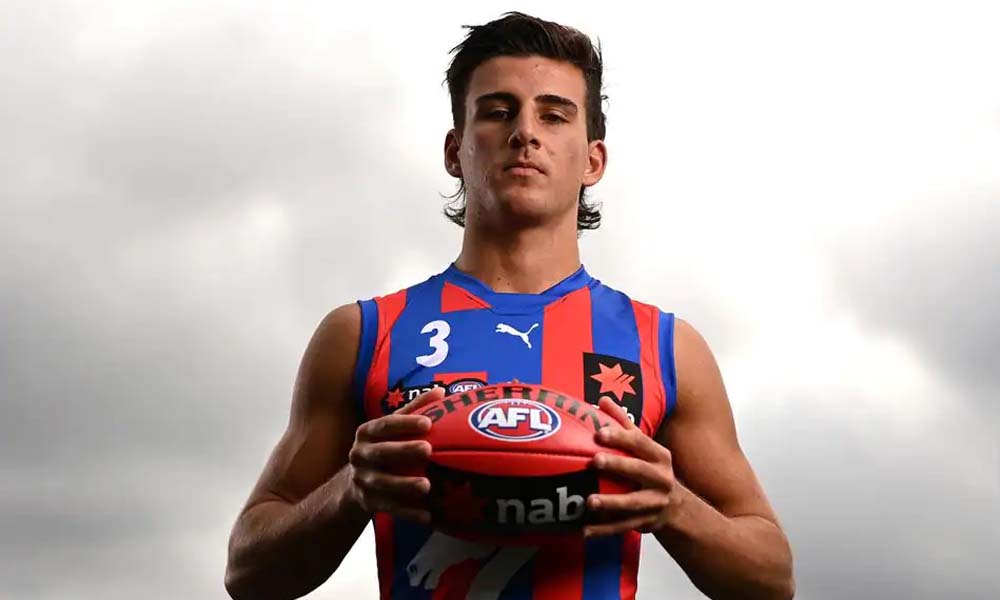 With the draft only a few weeks away, it’s time to start looking at the fantasy potential from the draft class of 2021.

Before we begin, let’s keep in mind that many potential draftees were impacted by the COVID-19 pandemic again this year. Players from the NAB League and VFL were only able to play a maximum of 16 rounds, and due to the lockdowns around the country, the Under 18 Championships were unable to take place in their full capacity. So the stats available for state games are limited.

But despite all the disruptions, enough footy was played to give us an idea of how the 2021 draftee can perform from a fantasy perspective.

First up, let’s look at a player most likely to go early in the draft this year – Nick Daicos.

We all know he comes from elite football pedigree as the son of Collingwood champion Peter Daicos and brother of current Collingwood player Josh Daicos, and will end up at Collingwood as a father-son selection. There’s a lot of hype around this kid due to his pedigree, and despite playing limited football in 2021, Nick has well and truly delivered on that hype.

He was limited to 5 games this year due to COVID-19 lockdowns and being heavily managed, but he absolutely dominated in the NAB League this season playing through the midfield Oakleigh Chargers.

Daicos showed elite skills and decision-making, along with the ability to bring his teammates into the game. When looking at his disposal numbers from season 2021, they stack up well against former number 1 draft picks Sam Walsh and Matt Rowell, who had immediate fantasy impact in their first seasons.

In terms of averages, he went at 35.8 disposals per game, which is 4.1 disposals ahead of Matt Rowell and 3.8 ahead of Walsh in their respective draft years. So there’s no doubting this kid is an accumulator. Looking at other notable stats, Daicos also averaged 5.8 marks and 2 goals per game.

So how does he stack up in AFL Fantasy? In season 2021, Nick Daicos averaged 136 AFL Fantasy points per game which is a phenomenal number. To put this into perspective, let’s compare this to Matt Rowell and Sam Walsh again, who averaged 123.6 and 120 AFL Fantasy points respectively. When you look at those numbers it’s clear this kid has a fantasy game.

Despite all the figures, I do have some slight concerns for Daicos. As he has proven he is so dangerous in front of goals (kicking 3 goals on multiple occasions this season) along with the depth of Collingwood’s midfield, I’m concerned he may have to spend some time up forward throughout his career. Whilst a player of his fantasy ability potentially gaining forward status doesn’t sound like an awful thing, it may stifle his output early in his career. This may also make fantasy coaches lean towards Jason Horne-Francis if they have an early pick in the draft, as he’s more likely to be injected into a permanent midfield role at North Melbourne.

If you are lucky enough to end up grabbing Daicos in your keeper league, I don’t think you will be disappointed. The kid is an elite talent and will play senior football early. There is a chance you’ll be waiting a year or two before you reap the rewards from a fantasy perspective, but it’ll be worth the wait in the end.