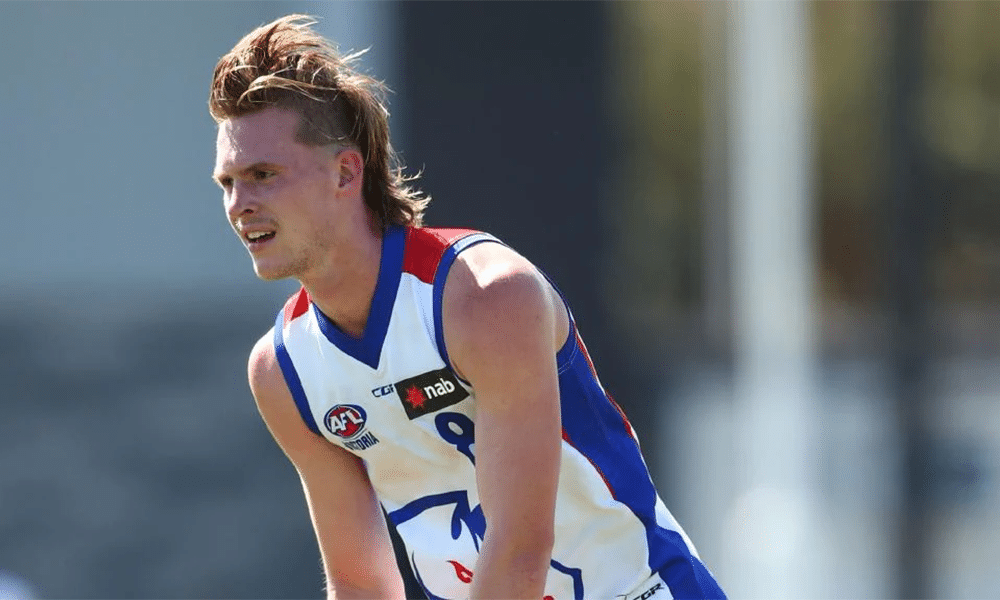 In this article, we’ll take a look at Noah Anderson’s fantasy scores from 2019. Vic Metro and Oakleigh Chargers gun Noah Anderson looks set to be one of the next big bodied mids to start in the AFL.

The 191cm midfielder stood out in more ways than one in this year’s NAB League and U18 Champs. Anderson started off the NAB League with three tonnes in a row including a Round 2 PB of 155. That 155 point game included a lazy 44 touches with 26 kicks and 18 handballs. He was purely dominant that game with 20 Contested Possessions and 10 Clearances along with 2 goals. In his 7 games in the NAB League this year he averaged 15 kicks, 13 handballs and 107 points. The real strength of Anderson’s game is his ability to hit the scoreboard. As a mid he averaged two goals a game in 2019 with a PB of 4 goals in Round 1. He continued his great form in the U18 Championships averaging 24 touches a game and 84.5 fantasy points.

Look for him to make an impact instantly at AFL level. His body size will allow him to play Round 1 and even if he doesn’t start in a midfield. He could turn games as a mid-sized forward. While I’m not expecting Noah Anderson’s fantasy scores to reflect Sam Walsh’s in 2019, he’s a player who can go big on his day like Jackson Hately did at times this year.