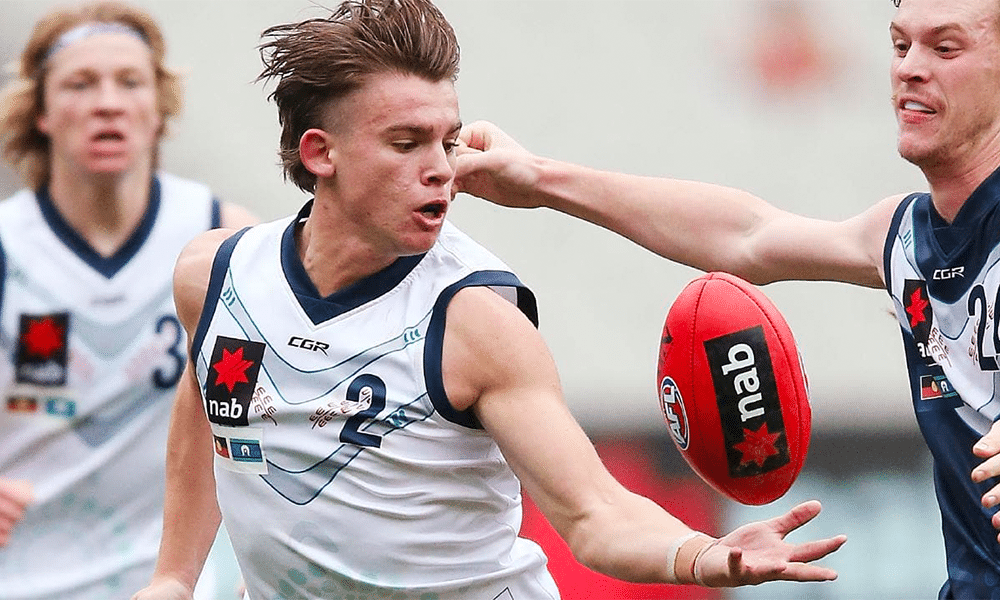 Caleb Serong is another player who looks like a fantasy baller. He is tipped to go in the top 5 of this year’s draft and has put up some juicy numbers this season. For that reason, we’ll take an in-depth look at Caleb Serong’s fantasy scores from the NAB League and Under 18 Championships.

Playing as a mid-forward this season, Serong performed well in the 5 games he played for Gippsland Power in the NAB League. Over the course of the season, he averaged 103 AFL Fantasy points. His top score of the year came from Gippsland’s first final against Oakleigh Chargers. He scored 108 AFL Fantasy points after having 29 disposals, 4 marks, and 5 tackles. He had scores of 97, 99, 106 and 103 in his other 4 games of the season.

His draft stock significantly rose after the U18 Championships, with his fourth-round performance versus South Australia a real standout. In this game, he amassed 33 disposals, 9 marks and 9 tackles to score 151 fantasy points. Additionally, his other scores across the competition included 128, 89 and 90, averaging 114 AFL Fantasy points.

Caleb Serong’s fantasy scores were quite impressive this season and he should play senior footy in 2020. Furthermore, he should be a mid-forward making him a juicy prospect for our keeper league teams. He has been likened to Robbie Gray in the way he plays. Who we all know has been a handy fantasy performer throughout his career. Therefore, we think Serong will become a similar type scorer throughout his career.

Note: Draftee AFL Fantasy scores from NAB League and Under 18 Championship do not include Frees For, Frees Against and Behinds.