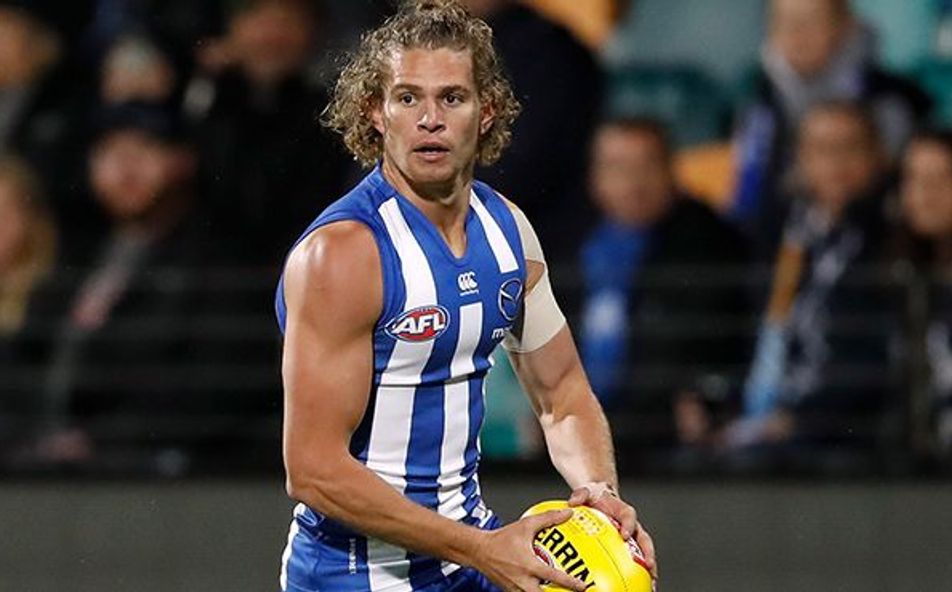 North Melbourne have been a tad irrelevant in the fantasy world over the past few years. But with a new coach, a few new recruits and a raft of youth rising through the ranks, we may be able to find some keeper league gems in this team. Read below to find out who we think may offer some value in keeper leagues this season.

Anderson is an interesting one.

He averaged 79 last season, which was up from 76 the season before.

Whilst he doesn’t pump out huge scores, he’s a pretty consistent player when he’s on the park.

He’s been quite injury prone over the years and never has produced big time-on-ground numbers. If he were to receive a better run with injury, there’s a chance this could improve.

It’s going to be interesting to see how the midfield shapes up once Shaun Higgins retires, and what role Anderson will play.

With all that said, I believe he makes a good player to pick up as your last midfielder or first emergency player.

He should average 80+ this season which makes him somewhat relevant for keeper leagues.

Cam Zurhaar seemed to cement his place in the side last season.

Whilst he plays up forwards, he does have little stints in the midfield which gives us hope that his scoring improves in 2020.

We’re probably being optimistic, but we can see him as a replacement for Jack Ziebell as he gets on in his career and transitions more into a full-time forward.

Whilst he’s not going to set the world on fire, we could expect a mid-70s average from Zurhaar, which would be serviceable for a forward considering the lack of depth at this position.

Paul Ahern struggled to get a game under Brad Scott.

He found himself out of the side early in the season, and when he did play he was never really given an opportunity to shine.

Throughout his career, he’s traditionally been played as a midfielder. This is where he played his first few games of 2019 but he was quickly out of the side following some dismal performances.

Later in the year, Brad Scott walked away from North Melbourne and Rhys Shaw took over as head coach. This is when we finally saw Paul Ahern given the opportunity he deserved.

Coming back into the side, he played across half-back which seemed to be a nice fit for Ahern, and his scoring reflected this.

He had 84 upon return and then backed it up with another 84 points the following week. After a fortnight of solid performances, he only scored 59 the following week and didn’t play the final two games of the season.

But there were good signs from the games where he was in the side.

If he can cement a spot in the side, I think he can be a solid fantasy scorer.

He’s coming into his third season of playing AFL football, so hopefully, he’s ready to make his mark.

We couldn’t write an article about players with keeper league potential without talking about Tom Campbell.

Campbell is one of those backup ruckmen who absolutely dominates at reserves level but cannot get a game ahead of his team’s number one ruckman.

But unlike players like Braydon Preuss, he’s probably closer to a full-time gig as Todd Goldstein winds up his career.

Let’s look back to his VFL scoring and take a look at some numbers:

Tom Campbell was the third-highest averaging player in the VFL for 2019 (behind Braydon Preuss and Dale Thomas). He played 17 games for an average of 124 AFL Fantasy points per game.

Interestingly, he was a reasonable scorer at AFL level before leaving the Bulldogs to join North Melbourne.

In his final year at the Western Bulldogs, he averaged 79, which is good when you consider the scarcity of good rucks in the competition. But since leaving he has failed to become a regular at the Kangaroos and hasn’t been able to put many good scores together.

If Goldstein goes down or decides to retire sometime soon, Campbell doesn’t have much opposition for his ruck mantle.

He’s a player that you might want to consider with or without the handcuff option of Goldstein.

If he can find his way into a number one ruck spot at North Melbourne, he will be a good AFL Fantasy scorer.

Kaes is a big fan of watching this guy play but isn’t sold on his fantasy prospects.

He’s heading into his fourth year and looks to be more of an impact player. He also seems to favour the handball over getting the ball on the boot – yuck!

Last year he averaged 9 kicks and 9 handballs per game to go with his AFL Fantasy average of 67 points per game.

However, he did manage to notch up three scores over 100 last season, so there is some potential here.

He holds onto forward status this season, and therefore he’s worth holding in your keeper league teams.

But can he become a solid fantasy score? We’re not sold at the minute but we’ll wait and see…

Aiden Bonar begins his third season of AFL football at a new club after being traded to North Melbourne from GWS.

He struggled to make the team at GWS, but this was to be expected considering his early injury concerns and the strength of the Giants’ team.

He’s played 6 games over the course of his career so far, for an average of 51 AFL Fantasy points per game.

But when you look at his NEAFL numbers, some alarm bells start to ring.

Last year he played 16 games in the NEAFL for an average of 79. As we all know, this is quite low for that competition.

Looking at his stats, he averaged 9 kicks, 10 handballs and 3 marks. Luckily he went at 6 tackles per game to make his scoring look somewhat respectable.

Now he plays at North Melbourne who have never been a fantasy-relevant team.

Taking all this into account, it’s hard to be enthusiastic about Aiden Bonar and is not someone who is on our radars. But we hope he proves us wrong.