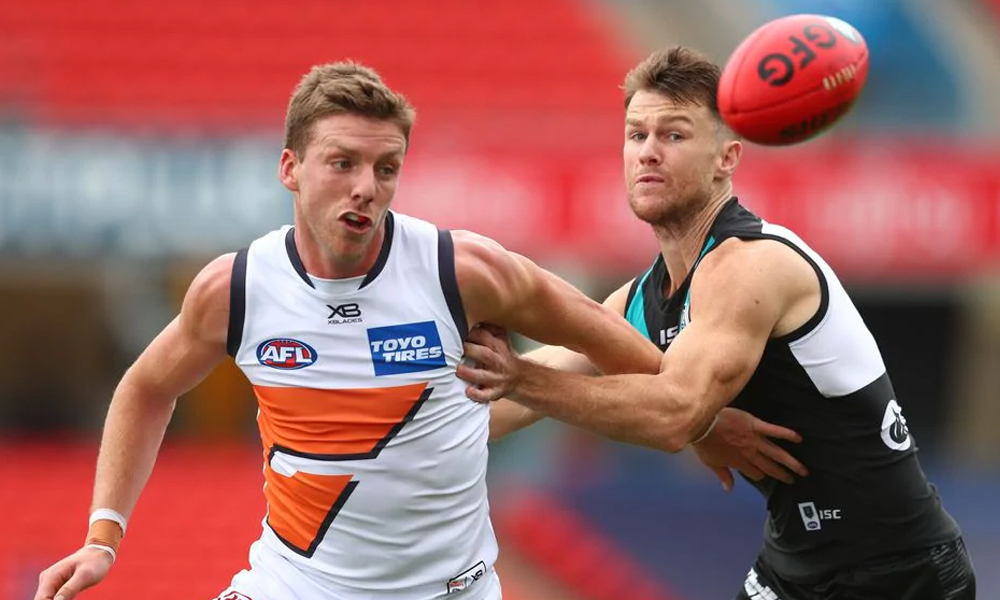 The 2020 AFL season was one many fans (except those of the Richmond variety) would rather forget.

For those in the AFL Fantasy world, the pre-season is in full swing. And with it, comes the question, “How should we interpret the scores from the 2020 AFL Season?”

Hopefully, this little article will help you do just that.

It’s basically a value that’s been plucked out of the sky to account for the reduced time available for players to score fantasy points during the 2020 games.

The team at AFL-Fantasy have whacked a standard 25% on all player averages from the 2020 season. I’m expecting that Ultimate Footy will do the same since both fantasy platforms are owned by the same company.

While a blanket 25% increase on the 2020 average of each player is nice and easy to apply, is it the right formula to calculate each player’s BCV?

So how can a fantasy coach compare an orange with an apple?

By turning to a different variable, one that has a consistent formula across all seasons. That variable is the Points Per Minute, or PPM, value for each player.

The PPM is determined by the following formula:

The PPM is not restricted to a specific Average Game Length, and as such can accommodate the change in-game length for the 2020 AFL Season.

For the purposes of this article, the following assumptions have been made:

By using the PPM for each player, we can start comparing oranges with apples.

It’s no secret that the Hub Lifestyle in Queensland, and to a lesser extent WA and SA, affected some players more than others – Brodie Grundy is one that comes to mind quickly.

But what if the Hub Lifestyle effect was more widespread than initially thought?

Fantasy friendly players such as Dayne Zorko, Jaeger O’Meara, Marcus Bontempelli, Jack Macrae, Caleb Daniel, Nat Fyfe, Patrick Dangerfield and Lachie Whitfield all saw a drop in their PPM by between 0.1 and 0.15.

Dusty Martin saw his PPM drop by 0.17, while Zac Williams and Andrew Gaff dropped by 0.18.

So how do these players compare to someone that is widely seen to have struggled in the COVID Hub Lifestyle? Well, Brodie Grundy saw his PPM in 2020 drop by 0.14.

On the flip side, Brayden Maynard, Shai Bolton, Adam Saad, Alex Withderen, Aiden Corr and Ben Keays all improved their PPM by 0.1 to 0.15 in 2020.

How Should We Calculate The BCV?

There’s no real right or wrong way to calculate the BCV for players, it’s just a matter of how accurate you want to be with your estimation.

Some fantasy coaches have followed AFL Fantasy’s blanket +25%. Others have put a blanket +10%.

The issue I personally have with using a blanket + 25% to the 2020 season average across the board is that not all players were on the field 25% less of the time.

There was 16 minutes less in each game during the 2020 AFL Season, compared to seasons prior. However, some players played less than that 16 minutes per game, others more.

For example, Dusty Martin played just 7 minutes less per game in 2020 compared to 2019.

Blake Acres, James Rowbottom and Chad Wingard were on the field for almost exactly the same amount of minutes per game in 2020 as 2019.

With that in mind, I believe that comparing the 2020 season with prior seasons would need to somehow involve the PPM for the player. Personally, I’ll be using the following equation to calculate the BCV for each player:

With all that said, how you decide to calculate the BCV is up to you.

But to help you along I’ve provided an Excel File that contains the Games, Season Average, Season TOG and Season PPM across the past 5 seasons for each player that was on an AFL list in the 2020 season.

I’ve also included the BCV calculations based on a variety of formulas.