CBA Analysis - Round 1 - The Keeper League 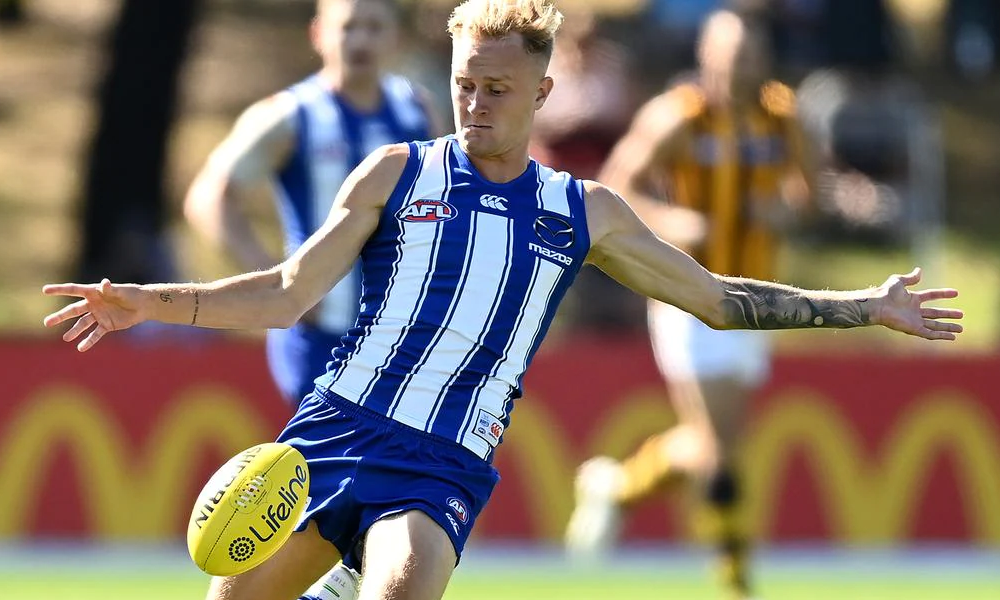 CBAs – Centre Bounce Attendances – are a statistic that measure the amount of times a player is present at a centre bounce at the beginning of a quarter or following a goal. A player that has a high attendance rate at CBAs is around the footy more and (in most cases) in a more fantasy-friendly midfield role.

Analyze the CBAs from round 1 in the user-friendly table below and check out the four players I’ve got on my watchlist for AFL Fantasy.

Hey, if you believe in small sample sizes – rucks might well be dead. But that doesn’t mean we don’t have to field them in our keeper squads! Draper was impressive in his first game of 2021, illustrating he can shoulder the number one ruck mantle for a full 20-minute quarter game. The 22-year-old played 84% time on ground (TOG), burying any concern over Nic-Nat-ish playing time following his early-career ACL injury. He’s got an aggressive, exciting, X-Factor edge to his game that – coupled with his tantalising athleticism and ruck craft – should make him a fun keeper for years to come.

Tom Powell played more like a 10-year veteran than a first game player in his promising debut. Despite not putting up huge fantasy numbers (thanks to modest TOG and CBA numbers), the 13th pick in the 2020 draft had numerous highlight plays straight out of the gates – including a goal with his first kick, a lace out bullet running at full speed, and a chase-down tackle on Aliir Aliir. According to Fantasy Freako, after receiving more midfield minutes in the second half, Powell ranked 3rd on the ground for disposals per minute.

North’s new recruit sits as the second-best forward in AFL Fantasy after our glorious one-game sample. Stephenson is THE buzz name in Classic circles – for good reason. He had a juicy role, doing what he wanted on a wing and getting around the ball with double-digit CBAs. The concern is that the Roos were missing three big names that are in their core midfield group; Cunnington, Anderson and Dumont. That’s a lot of disposals coming back in the team soon and given the team’s lack of forward-line punch, do we see Stephenson return to his goal-kicking forward role? You can’t lose either way with his 29 breakeven in Classic and nice fixture, but monitor the CBAs and forward mix in the coming weeks to find out if he’s truly a top-tier forward.

Why is Treloar in this article when he had a modest 59 AFL Fantasy points and just two CBAs in his Dogs debut? VALUE! The former Pie now has a 748k price tag and a 148 breakeven in Classic, meaning he could be cheap as chips in a couple of rounds time. By then, he would’ve built some match fitness running on the wing and be ready for Bevo to unleash him on the inside – where he’s flourished as a dominant clearance player his entire career. Keep an eye on this article for when he gets the bump, and pounce at his discounted price within a team that recorded the highest disposal count – by a significant margin – in the opening round.

As it’s the opening round, a little bonus content: Here are my top 5 names with HIGH attendance that are tempting in AFL Fantasy Classic (relevant to The Point of Difference Podcast) given their early role:

If you love your AFL Fantasy Classic, check out the brand new podcast brought to you by the Keeper League Podcast!