CBA Analysis - Round 15 - The Keeper League 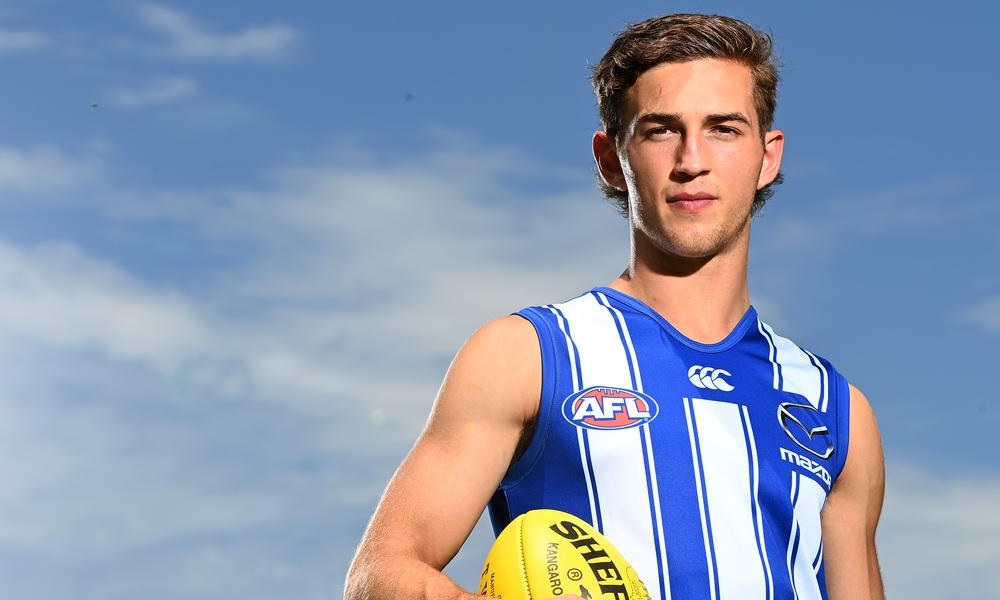 Analyze the CBAs from round 15 in our user-friendly table below – featuring advanced analytic tools to better measure the biggest changes, both seasonally and week-to-week – and check out my five risers and fallers to monitor in AFL Fantasy.

Feast or famine – it’s the Bevo way! After attending zero centre bounces in the past two weeks, Bazlenka played his natural position as an inside midfielder against the Eagles and went full Rhys Mathieson (Beast Mode)! After being the third-highest centre bounce attendee for the Dogs in 2020, Smith fell down the pecking order in 2021 following the arrival of Treloar, and the re-integration of Dunkley into the midfield mix. When those two went down, logic told us that the former pick seven of the renowned ‘Super Draft’ would shift back into a fantasy-friendly, inside role.

However, after testing out big-bodied midfielder, Caleb Daniel, on the inside over the past couple of weeks, Bevo handed the reigns over to Baz. Smith has to retain the role following 31 disposals, five marks, five tackles, two snags and 127 AFL Fantasy points, in a dominant display. All aboard!

If you’re in need of a 10+ year ruck solution in your keeper league, TDK is your man! An injury to Mark Pittonet has thrown the 21-year-old back in the deep end in an exciting glimpse into the future for Blues fans. While his round 15 score was underwhelming, De Koning broke even with experienced ruckman, Reilly O’Brien for hitouts, and will only build in the role going forward. At just 52% owned in Ultimate Footy, De Koning presents a great stash option for the remainder of the season – with some potential to pop on the field if he builds form, given the role. Don’t delay, honour the TDK!

Will Phillips truthers – which includes me and likely the entire North Melbourne fan base – were overjoyed to see David Noble ‘Free Willy’ on the weekend. Building form in the VFL following a slow start at AFL-level (not surprising considering he missed the entire 2020 NAB season due to the pandemic, along with an early-year knee injury), Phillips showed convincingly that he was ready for another crack at the top level with two explosive outings in the reserves. The 19-year-old notched two straight games (split across a few weeks due to the COVID-impacted VFL season) with 30+ disposals while laying seven and eight tackles respectively, and 114 AFL Fantasy points in both. Noble rewarded Phillips’ strong form with a solid run in the guts in the AFL, hitting career-high centre bounce attendance numbers in round 15 while collecting 12 disposals, four marks, and four tackles in just 65 per cent time on ground.

The midfielders were back in full force for West Coast in round 15. Their mojo, however, was not. The Eagles were smashed by the Dogs formidable midfield, despite the returns of Luke Shuey and Tim Kelly. Their returns allowed Andrew Gaff to return to his natural outside role, but it didn’t help his putrid form, as the home team struggled to move the footy and provide the uncontested buffet of cheap possessions that seagulls love to feast on. Gaff finished with 16 disposals for the third time this season, his score somewhat saved in this game by his seven marks, as the Eagles chipped the ball around helplessly in an effort to stem the bleeding. Gaff has to be a buy-low in drafts and keeper leagues given his scoring history, and the hope that a return to normalcy for the Eagles midfield in the coming weeks can boost his scoring.

I had to double-check that Mitchell wasn’t a late out this week when he wasn’t present at the opening centre bounce. Perhaps a ploy to avoid the De Boer tag at the opening tip? Or, maybe, the latest in Clarko’s recent history of genius tactics: like Sicily the forward, McEvoy the key back, and Kyle Hartigan, the “AFL player”. Regardless, Mitchell’s absence at the centre bounce was not a complete role change; he did receive a reasonable amount of CBAs – and scored incredibly well! However, Mitchell’s CBA usage drop this season has perhaps gone under the radar thanks to his uncanny scoring ability wherever he plays. Traditionally the number one centre bounce attendee during his time at Hawthorn (when healthy), Mitchell sat equal third in the pecking order last week, behind O’Meara and Worpel, and right beside Duke Newcombe. After recording a 75 per cent CBA rate in 2020, it was reasonable to think that in 2021 – a solid two years after his brutal leg injury – Mitchell would return to the huge inside midfield usage, huge time on ground player reminiscent of his ridiculous piggish, goatish, heyday.