CBA Analysis - Round 22 - The Keeper League 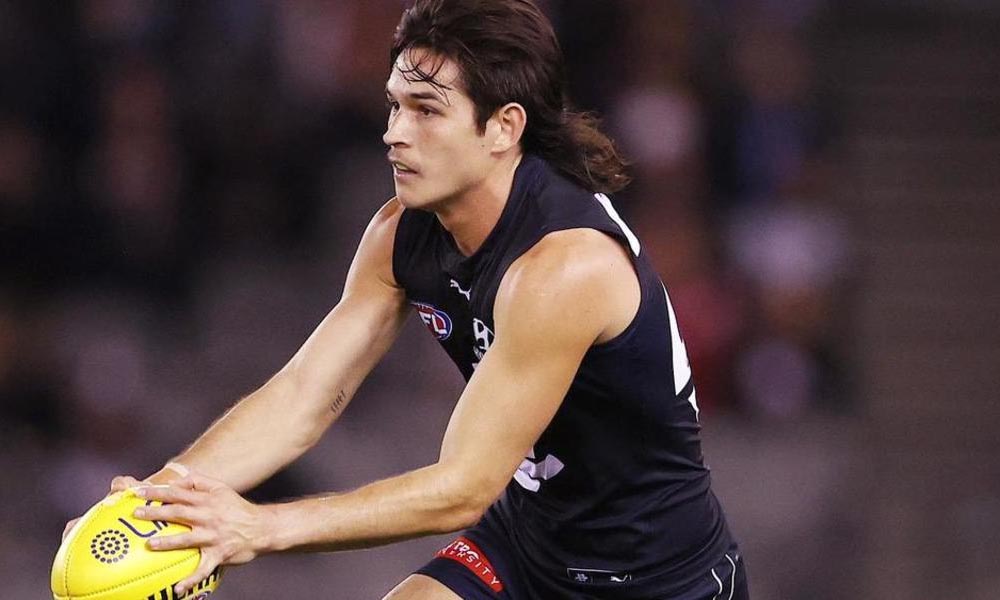 Analyze the CBAs from round 22 in our user-friendly table below – featuring advanced analytic tools to better measure the biggest changes to CBA numbers, both long term and week-to-week, and check out my risers and fallers to monitor in AFL Fantasy below.

Zac Fisher (14 CBAs, 47% attendance) | 80 AFL Fantasy points
Zac Fisher was in amongst Carlton’s midfield make-up on Saturday, recording 14 CBAs in their loss to Port Adelaide. This was a season-high attendance rate, appearing at 47% of Carlton’s centre bounces for the match (his previous best CBA percentage was 44% in Round 18). Patrick Cripps was a notable absentee from Carlton’s side on the weekend, but I still think there is room for Fisher in the midfield going forward. I said on the podcast this week it’s hard to tell what Fisher is capable of, given he’s missed so much footy in the past two years. He’ll retain forward status in 2022 and if he can become a more permanent fixture in Carlton’s midfield, he could be a handy option.

Tanner Bruhn (15 CBAs, 54% attendance) | 43 AFL Fantasy points
Bruhn was injected into GWS’ midfield in Round 22. Whilst he didn’t set the world on fire with his fantasy scoring, we saw an increase of 30% to his CBA numbers from the previous week and a 45% increase on his season average. This game gave us a glimpse of GWS’ future plans for Bruhn which looks to be in the midfield. Whilst his place in the side may look a bit shaky, he did some nice things over the weekend in a big win for the Giants. It must be noted that Toby Greene, Tom Green and Brent Daniels were missing for this match and these guys do play roles in the GWS midfield. Green and Greene should return this week, which may make things difficult for Bruhn in the short term, but this game tells me he might have a future in GWS’ midfield which could lead to some decent fantasy scoring.

Sam Switkowski (13 CBAs, 52% attendance) | 34 AFL Fantasy points
With Andrew Brayshaw and Nat Fyfe both out for Fremantle in the derby, someone had to step into the Fremantle midfield, and that man was Sam Switkowski. He was another player that didn’t score well despite receiving a CBA bump but showed positive signs. Traditionally a small forward, Switkowski was used in the midfield attending 52% of the centre bounces for Fremantle, despite not attending a centre bounce since Round 3. Does this mean there are future plans for Switkowski as a midfielder? It’s too early to tell, but given that he’s listed as a forward he’s now on my radar for 2022.

Andrew McGrath (2 CBAs; -41% CBA% avg.) | 53 AFL Fantasy points
McGrath returned for Essendon in Round 22, after not playing a game since Round 12 due to injury. Whilst I’m not too concerned about his fantasy scoring, as many players have been slow after injury this season, I’m more so concerned about his role. He played on a wing in his return against Gold Coast, which apparently was the plan for the game. But when questioned about it in an interview, he said he wasn’t sure what his role would be going forward. Since he got injured earlier in the year, Darcy Parish has established himself in the midfield as a key ball winner for Essendon. However, I do think there’s a place for Andrew McGrath in the midfield going forward, so I wouldn’t get too worried just yet, but there are some concerns after this game.

Finlay Macrae (10 CBAs; -38% CBA diff.) | 54 AFL Fantasy points
Over the previous three weeks, Finlay Macrae was averaging an attendance rate of 62% at Collingwood’s centre bounces. On Saturday, he only attended 10 CBAs for the entire game, which was a -38% drop on the previous week and a -48% decline on his three round average. Adversely, Jamie Elliott saw a 36% bump on his CBA numbers which seemed to affect Macrae’s output. This points to Collingwood opting to use a senior body in Elliott in Macrae’s place to counter the experienced Brisbane midfield after suffering an embarassing loss to Hawthorn the week prior. This isn’t an uncommon thing to happen to young midfielders in the early stages of their careers, but Finlay will need to hold on to his CBA numbers in future if he wants to match the fantasy output of his brother Jack.