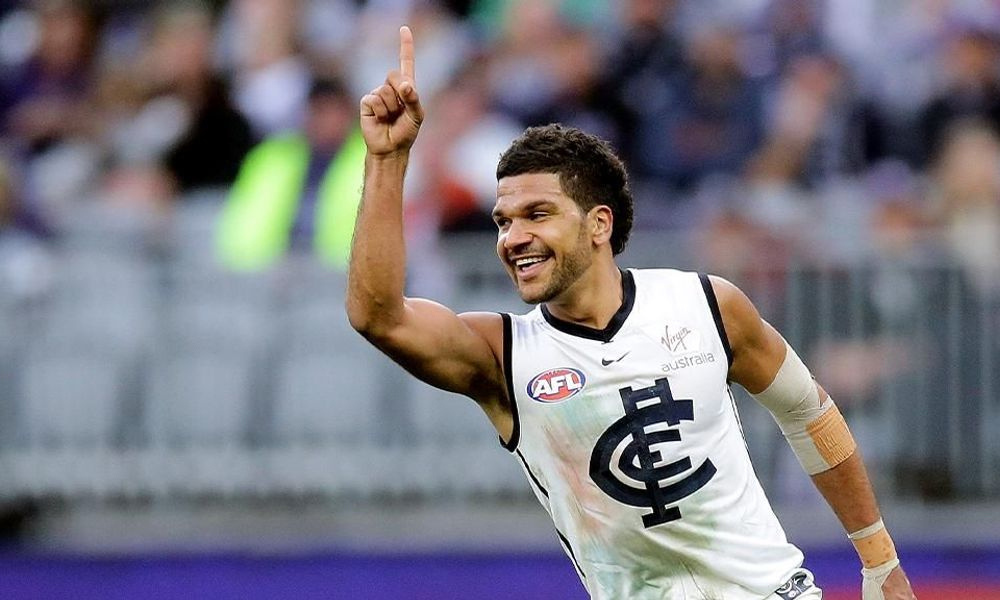 Season averages don’t always tell the full story when looking at a players fantasy scoring, so in this article, I’m going to take a look at late-season averages and their differentials.

The purpose of this exercise is to find players who performed better than their average suggested in the latter stages of 2020. We can then use this information to find players that may continue their form into 2021, helping us identify breakout candidates, as well as underpriced or undervalued players.

Note that this data includes finals, so season averages might differ to averages from other sources that only include scores up until round 18.

Also, if a player has a blank in a column, this means they did not play the required amount of games to provide us with enough data to analyze.

Upon analysing this data, here are some observations of players who performed well in the back end of the season and could be relevant to our keeper leagues in 2021.

A few years ago we thought this guy was going to be a dominant force accross half-back, but it hasn’t come to fruition.

With Docherty returning last year and Kade Simpson lingering on, it really stunted his development from a fantasy point of view. Luckily Simpson has retired so it does leave a hole for Petrevski-Seton to fill and perhaps score some more fantasy points.

However, Nic Newman will return at some stage in 2021, and he could be the one who hurts his scoring.

The uptick in scoring seemed to be linked to the fact he played the majority in defence for these games, as opposed to a wing where he’d spent some time earlier in the season.

Hopefully he can maintain his late season form and reward coaches in 2021.

There is a good chance he’ll find his way into a few draft pools due to his lowly average last season. If he does, take the punt on him as he does have fantasy potential.

Here is another Carlton player who started slowly last season but finished with a bang.

Setterfield has traditionally played on a wing and forward roles, but 2020 saw him move inside a little more. He made some big improvements, winning more contested footy, especially around stoppages.

Towards the end of the season, he was on fire. He added 15.9 points per game to his season average to round off the season to average 82.8 from his last five games.

Setterfield should be kept in most leagues, but if coaches weren’t paying attention towards the back end of the season, or he belongs to an already strong midfield, he might find his way into a draft pool.

If he does, get ready to pounce.

A lot of fantasy coaches are lamenting the fact that Oscar McInerny has lost forward status for 2021. But it isn’t all bad as highlighted by his late-season form.

He averaged 8.8 AFL Fantasy points ahead of his season average from his last 10 games in 2020.

Many people believe that this was due to Stefan Martin being out of the side and the ‘Big O’ was the number one ruck. But looking at the numbers, McInerny only averaged 2 points more per game as the lone ruckman than with Martin in the side.

However, Big O was given more opportunities in the middle and this helped him with development as a ruckman.

With Stefan Martin being traded to Western Bulldogs, this development should continue into 2021.

He should be available in quite a few drafts this year, as he would have been overlooked previously. If he is available in your league, he’s worth picking up due to the scarcity of rucks in keeper leagues

He will play a solo ruck role this season, so look for him to continue evolving as a fantasy scorer.

Being a small forward, you expect to see inconsistencies with fantasy scoring, as they are goal dependant and you can’t bank on them kicking bags every week.

He averaged over 72 points from his last five games, which included a huge 94 points in Round 15 on the back of 14 disposals, 8 marks, and 4 goals.

He only averaged 56.6 for the season, which highlights his inconsistencies, but I believe his value comes as a streamer.

Many coaches had him sitting on their bench throughout the season and was found to be a handy contributor in the end, especially with many leagues playing with rolling lockouts due to the coronavirus and the chaos fixture.

His Supercoach scoring was a real highlight in the latter stages of the season, finishing it off with five scores of 100+ to round off the year.

Whilst I don’t think he’s going to ever be a fantasy superstar, his value comes from what he offers as bench cover and is worth picking up on this factor alone.

With James Sicily going down in Round 12 last season, Scrimshaw seemed to be the player who stepped into his position.

He went at 11.3 points above his season average of 58.3 from his last 5 games of the season, averaging 69.6 throughout this period. This equates to an 87 BCV average.

With Sicily’s ACL injury coming late in the season, he will miss the majority of 2021. This bodes well for Scrimshaw who should continue playing a similar role next year.

There will be coaches out there who hold some skepticism on the long term prospects of Jack Scrimshaw, but they shouldn’t need to worry. He was a highly rated junior and was a former pick 7 in the 2016 national draft, so there’s a lot of potential here.

He has taken a while to come on as a player, but this is more so due to injury concerns in the past.

2020 was his best year in terms of games played, and if he can remain fit for future seasons, he should develop into a handy fantasy player.

Support The Keeper League by becoming a member and gain access to more premium resources like this one.