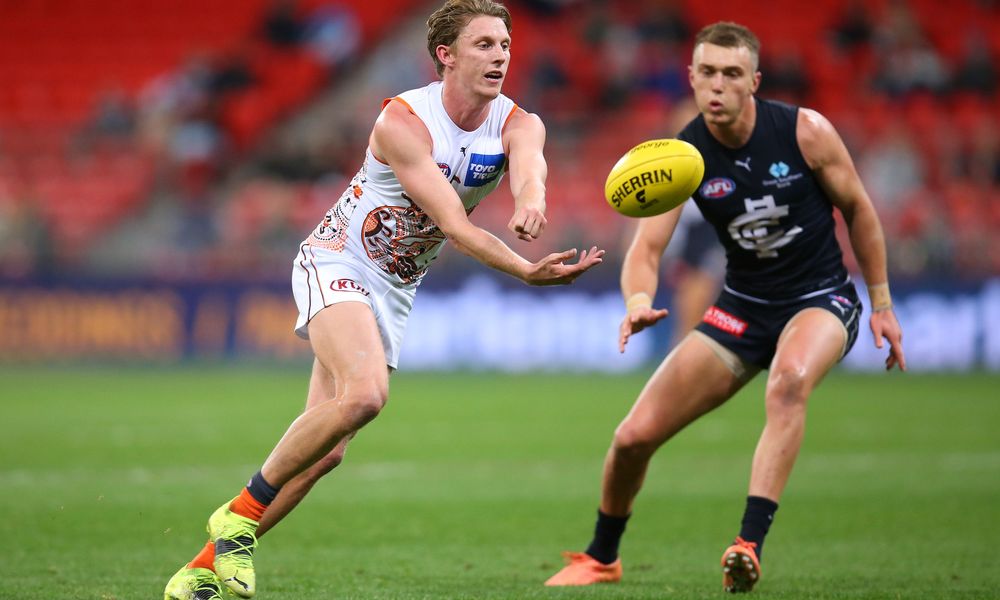 Tim Taranto is averaging 130 from his last three and scored 110 on a hapless Hawthorn last season, making him my number 1 Captain option this week.

Lachie Whitfield also comes up against the Hawks, who have consistently given up uncontested possessions galore. He had 126 on them last season. One flag is that he could get the Shiels tag.

Ollie Wines is running hot with an average of 130 from his last three games and 125 from his last five. Add this to his 119 on the Sydney last time they played, I think he is a great option.

Touk Miller has become an elite fantasy scorer and up against North Melbourne this week, he should give owners another 120+. He scored 137 on them when they last played and is averaging 137 from his last three.

Marcus Bontempelli makes my captains again this week. He averages 100 against West Coast, is averaging 124 from his last three and scored 117 on them early this season. Injuries at the Dogs have seen him lift his game to another level.

Cam Guthrie plays on Thursday night against the Lions, whom he scored 117 on early this season. Without Mitch Duncan, I expect him to absorb some extra points.

Brad Crouch averages 100 against Richmond but was only able to score 86 on them in Round 5. With a Friday game, I think he is a good VC Loop option.

Scott Pendlebury has the 2.30 game on Saturday, meaning he can still be looped. He has returned to the engine room and averages 102 on Fremantle. In addition, he scored 130 against them last season.

Mabior Chol is a really good streamer option this week. Nankervis is still a couple of weeks away, so Chol will be the number one ruck. He scored 106 on St Kilda last season and is averaging 72 from his last three games.

Bayley Fritsch has been up and down this season, but he averages 87 against Essendon and scored 99 on them last season.

Darcy Tucker has played on the half-back flank in recent weeks, if that continues this week then jackpot because he comes up against Collingwood. As we all know, Collingwood has given up a lot of points to defenders this season.

Harry Schoenberg makes the article this week, partly because I fear what Kaes would do if he didn’t and partly because he had his BCV 100 on Carlton last season.

Jake Lever is a great loop option this week. He scored 106 on Essendon last season and the Dons gave up four 90+ scores to defenders last round.