Round 8: Captains, Streamers, and Loopholes 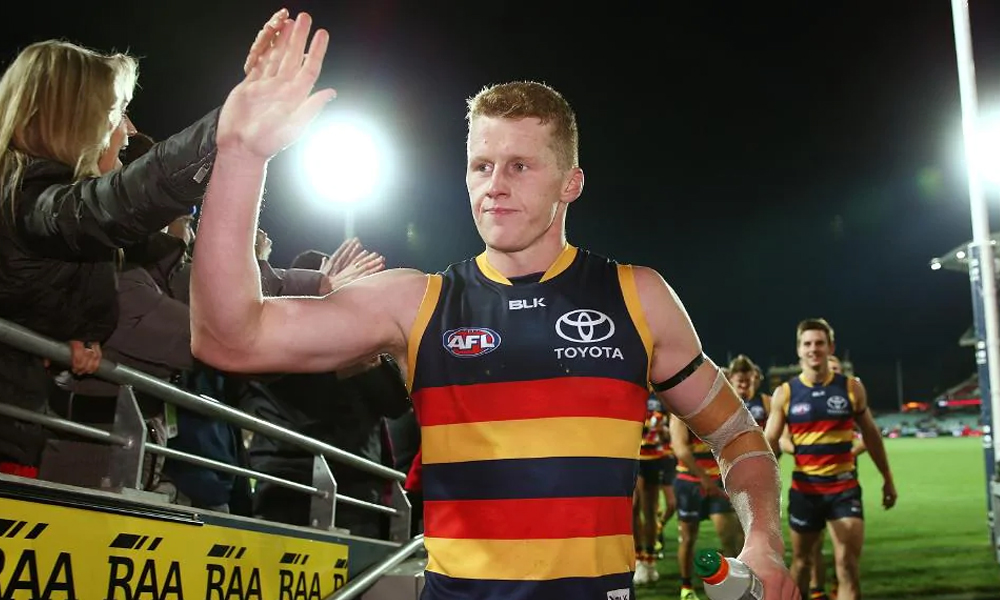 One final round of normality is ahead of us before the chaos hits, so let’s look at some Captains, Streamers and Loopholes.

First up on the list this week is Adam Treloar. Treloar plays at Optus Stadium this week against West Coast where he averages 100.3 AFL Fantasy points. He also averages 93.7 against the Eagles, and the last time he played them he scored 121 points. He has made a great start to his 2020 campaign and we recommend backing him in this weekend.

As per usual, Brodie Grundy makes the top 5 with his great scoring record against West Coast. He averages 97.3 against Collingwood and 121.2 at Optus Stadium. Last week he pumped out a 112, but it might be a tougher ask this week against Nic Naitanui. However, in their last match up he scored 129 points so we think he’ll be a good captain option.

Lachie Neale features again this week, coming up against Melbourne who gives up the second-most points to midfielders. Last time Neale played against the Demons, he scored 122 points to go with his average of 114.8 against them. He also averages 99.5 at Metricon Stadium. Pick him with confidence this week.

Another ruck features on the list this week, and that man is Reilly O’Brien. He has only played against Essendon once before, but scored 134 the last time they met. Essendon’s ruck department is a shamble at the moment with Andrew Phillips holding the number one role. As a result, Essendon are giving away the most points to rucks this season. O’Brien scored 87 last round, which is his average score this season. Expect that as a minum this weekend. We think he can go big.

Last on the list is Max Gawn. His record against Brisbane bumps him down the list a little (64.9 average) but his form has been too good to ignore. He has a last 3 game average of 117.3 to go with his score of 116 last week. He also averages 114.5 at Metricon Stadium. We think he’ll turn a page against Brisbane this weekend and put up his best score against the lions yet.

Here are a few streamers we like this week:

Pearce Hanley has a great record playing Western Bulldogs who he averages 95.9 against. He also has a good record at home on Metricon Stadium, where he averages 75.3. The last time he played the Bulldogs he scored 72, and you’d take that from Hanley if he can hit it this weekend.

Matthew Kennedy is another player we like. Whilst he only scored 44 last weekend, he is getting a lot of CBA numbers. If he continues this, scoring should follow. Regardless, he averages 88 against North Melbourne. Hopefully he can produce a decent score this weekend.

Luke McDonald comes up against Carlton this weekend, who he has a good record against. He averages 86.8 against the Blues and had 87 points the last time they met. He’s been used as a tagger this season which brings him closer to the ball. Couple this fact with the tackle numbers he should get playing this role and there’s some potential for a good fantasy score. Look to use him on Saturday.

Shane Mumford plays Richmond on Saturday. He averages 72.1 against the Tigers and 84.1 at GIANTS Stadium. With Nankervis out at the moment there’s some potential for him to score well, but he needs to hold his place in the side. If he does get a game this weekend, he’s one to consider given his scoring record against Richmond.

Last on the list is Paul Seedsman. He returned to the Crows lineup this week, scoring 67 AFL Fantasy points. This week he plays Essendon who he averages 78.9 against. This match takes place on Adelaide Oval where he averages 72.8. Last time he played against Essendon he scored 95 points. Look for him to build on his season average of 55 on Sunday.

Jack Macrae is the obvious choice here, averaging 120.2 against the Gold Coast. The last time he played against them he scored 132, but his form has been up and down this year due to copping a few tags and some role changes. However, he’s averaging 84 this season and still worthy as a Vice Captain option.

For Gold Coast, Hugh Greenwood stands out as the obvious one. He only averages 87.5 against the Bulldogs, but his form is too good to ignore. His tackle numbers alone should make him a worthy option.

I’m intrigued by Jarrod Witts this weekend. He comes up against Tim English who has been known to give out some big hitout numbers to quality ruckmen. Witts averages 91 against Western Bulldogs and 90.6 at Metricon Stadium.

We also like Tim English going on form but we only have him projected to score 79 this week.

Some bench options we like include Izak Rankine. He’s had a great start to his career, but being the type of player he is, it’s probably a good idea to play him on your bench this weekend and loophole him onto the field if he goes well. Just in case he has a down week.

Mitch Wallis isn’t much of a fantasy scorer at the moment given his role up forward but he does have a good record against Gold Coast. He averages 83 against the Suns and scored 73 the last time they played. If he can get you a 60 this weekend, you’d consider taking it as your last forward score.

Pearce Hanley was mentioned previously in the article, but seeing though he’s playing on Thursday night, it is the perfect chance to play him on your bench and loophole him on if he produces what we’re hoping he does.