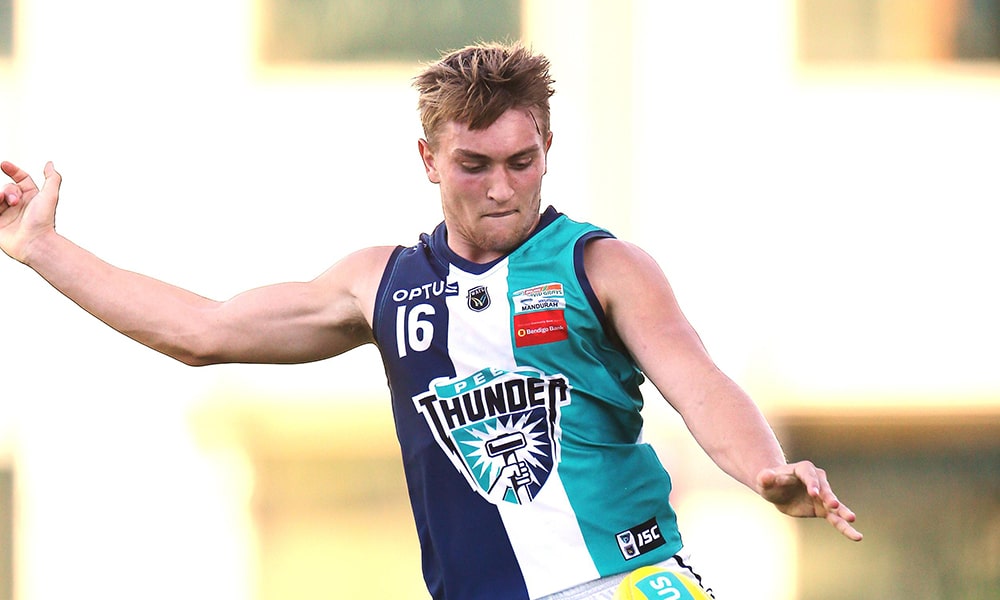 State league fantasy scores give us a good idea of how fringe players perform from a fantasy perspective. We can use this information to identify up and coming fantasy stars to draft in our keeper leagues. Last year, we identified Jordan Dawson as an up and coming fantasy player going by his NEAFL numbers. A few years ago, Tom Mitchell’s fantasy numbers at the state level were immense. Despite not being best 22 at the time, he is now one of the best fantasy performers. Obviously there some players won’t play the same role in AFL, or won’t get a game ahead of other players. I will try not to talk about those players. In this article, we will take a look at WAFL fantasy scores of 2019 that are likely to be relevant to our keeper league drafts next year.

Last but not least, we’ll take a look at the WAFL. This season, WAFL players scored lower from a fantasy perspective when compared to other state leagues. But this makes players that did score well stand out like a sore thumb. In this article, we’ll take a look at some of the top scorers from the WAFL this season.

First of all, we’ll look at is Bailey Banfield. This guy had a huge season in the WAFL, winning the Sandover Medal as the best and fairest player in the competition for 2019. Banfield was a mature age recruit for Fremantle and played 20 games in his debut season. In 2019, he fell out of favour and played the majority of the year in the WAFL. He averaged 114 AFL Fantasy points at this level, going at 17 kicks, 9 handballs, 4 marks and 7 tackles. Unfortunately, these numbers don’t translate to AFL level, as he is used as a tagger. But under a new coach, and a few midfield departures, there is renewed optimism. Hopefully, he can play a similar role to the one he played in the WAFL at AFL level this season.

Staying with Peel / Fremantle players, next we will have a look at Mitch Crowden. Crowden managed 5 games at AFL level averaging a measly 54 points. However, in the WAFL it was a whole different ball game. Crowden averaged 103 AFL Fantasy points at state league level with 13 kicks, 11 handballs, 4 marks, and 8 tackles. Most noteworthy, his top score came in round 12 against Swan Districts. In this game, he had 29 disposals, 2 marks, 10 tackles, and 1 goal equating to 129 AFL Fantasy points. He’s another player who we’re hoping benefits from a new coach and gets more of a run at senior level.

Looking at West Coast, a very solid performer at WAFL level was Jake Waterman. This guy went at a 92 average, notching up 11 kicks, 4 handballs, 7 marks, 2 tackles and a goal per game. In round 14 he had 154 AFL Fantasy points against West Perth. After this performance, he played in the AFL for the rest of the season. Waterman played a variety of roles at AFL level, including as a key forward, high half-forward and on a wing. In round 11, he scored 104 against Western Bulldogs showing he has the ability to tonne up. Towards the end of the year, he spent more time on a wing and produced a couple of scores in the 80s. As a result, I’m looking forward to seeing what Waterman can produce next season as he hopefully cements his spot in West Coast’s best 22.

Gain access to all WAFL Fantasy Scores by becoming a member. Members can view the full table here.